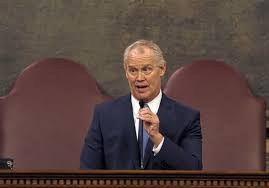 Conspicuously absent from the list of accomplishments by Pennsylvania House Speaker Mike Turzai, R-Marshall, in his Nov. 28 letter “Pa. Republicans Have Improved the State” is anything to promote the right to keep and bear arms.

The speaker has done absolutely nothing during the 2019-2020 session to advance a single piece of pro-gun legislation, including a bill that would check Pittsburgh and Philadelphia’s repeated attempts to violate the state firearms pre-emption law.

Mr. Turzai is refusing to listen to thousands of gun owners who demand a vote on House Bill 1066, a bill that would allow citizens to recover legal fees when a court finds that local governments violated the firearms pre-emption statute.

Under the speaker’s previous “leadership,” an attempt to strengthen firearms preemption was found unconstitutional by the Commonwealth Court in 2015. Act 192 violated the “single-subject” rule and the speaker knew this from the start.

Mr. Turzai needs to remove HB 1066 from the table and bring it to the House floor for a vote immediately. He should send a clean bill to Gov. Wolf for consideration and then work to override any veto.

Pennsylvania gun owners are sick and tired of politicians like Mr. Turzai who claim to be for the right to keep and bear arms yet do very little to advance important pro-gun legislation like HB 1066.

VA: The Governor is coming for your guns