Gun advocates testify on both sides of background check bill

With gun sales on the rise, Second Amendment advocates in New Hampshire are divided over a bill that would eliminate the state’s role in conducting background checks for those purchasing handguns. 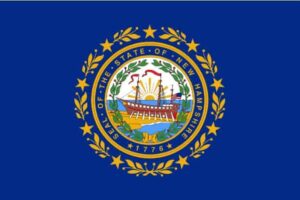 The House Criminal Justice and Public Safety Committee held a public hearing Wednesday on a Senate-passed bill that would abolish the state police “gun line,” and instead put the FBI solely in charge of performing background checks using the National Information Criminal Background System.

County sheriff’s offices, however, would use the system to perform searches related to the return of guns to people who are the subject of protective orders for domestic violence or stalking.

Supporters of the bill, including the National Rifle Association, argued that the current system frequently results in lengthy delays and that the state is wasting money on a task the federal government already handles for most other states.

“We are spending state tax dollars, using state employees, state resources and state computers to perform a federally mandated task that the federal government will perform free of charge in a more expeditious manner,” said Alan Rice, state director of Gun Owners of America, at the hearing…