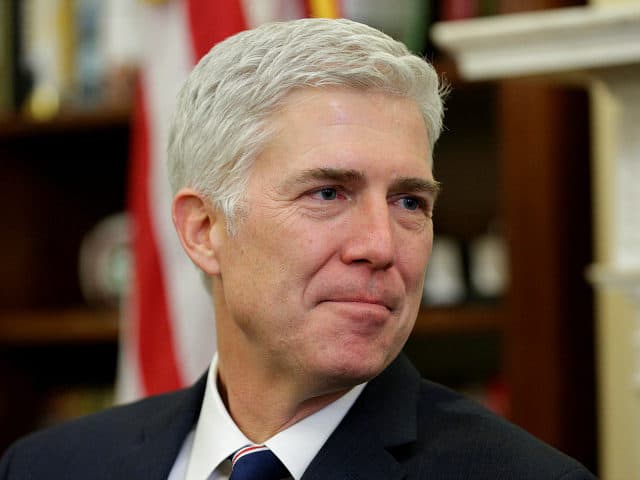 During last week’s confirmation hearings, Supreme Court nominee Neil Gorsuch explained that the Founding Fathers hedged in the right to keep and bear arms because they were “jealous of their liberties.”

He said this in response to Senator Ben Sasse’s (R-NE) question about the Bill of Rights. Gorsuch stressed that Amendments protecting freedom of speech, freedom of religion, and private property also show the how determined the Founders were to protect liberty.

Sasse pointed out that a number of teachers in Nebraska planned to use the Supreme Court confirmation hearings to teach civics in their classrooms. Sasse stressed that the Constitution “is a negative document — it is not the government giving us freedoms, it is us giving the government a limited set of enumerated powers.” He explained that we did not originally have a Bill of Rights and asked, “Why do we have a Bill of Rights and what fundamental difference would it make if we didn’t have one.”

Gorsuch said, “The Constitution is a negative document. And the theory behind it, in short order, was to divide power to better protect liberty. That was the theory. If you put all power into one set of hands you are going to get tyranny. And our Founders had too much evidence of that in their own time.”

He went on to explain how the Constitution divides the federal government into three branches — stressing that this division was intended to safeguard liberty — and how the states retain and enjoy the powers not given to the federal government, another safeguard. But Gorsuch said these safeguards “were not thought enough,” thus the Bill of Rights. He said, “Our Founders were very suspicious and very jealous of their liberties, so they added the Bill of Rights… and they enumerated 10 of them, starting with the freedom of speech, freedom of religion, no establishment of religion, [and] the right to bear arms.”