GOA to SCOTUS: Don’t “Balance” the 2A with Gun Control

Gun Owners Foundation and Gun Owners of America have filed an amicus brief before the Supreme Court in NYSRP v. New York City.

New York is known for its onerous gun control, like a so-called “assault weapon” ban and universal background checks. However, New York City ramps up the infringement of the Second Amendment to a whole new level. 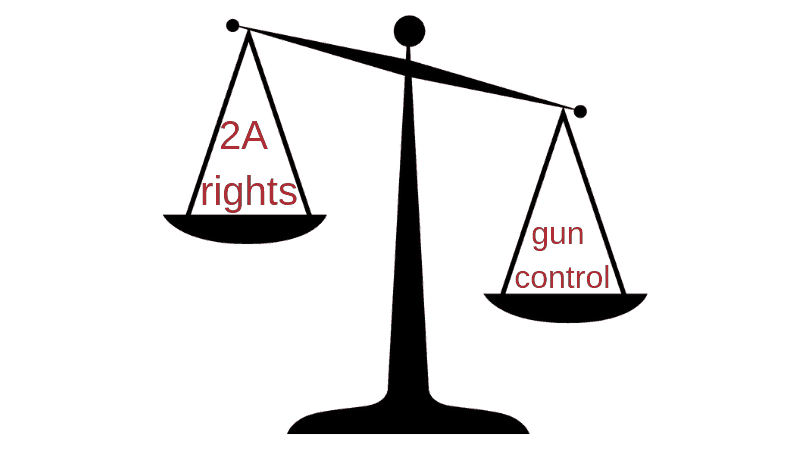 Consider that to own a firearm in New York City, one must have a license from the police commissioner.

The city grants two types of gun licenses — one for “carry,” another for possessing a firearm on one’s “premises.” It is virtually impossible for the average citizen to obtain a “carry” license, as they are only given to the rich and influential. However, the “premises” license provides hardly any more relief.

If one obtained a “premises” license, he or she is prohibited from removing the handgun from the listed address, unless it is to take it to an “authorized” range or state “authorized” hunting location.

Clearly, beyond the many Second Amendment infringements, these policies create practical problems for honest gun owners. Consider that one with a “premises” license cannot even transport the firearm to a shooting event or a second home outside the city.

And when these regulations were challenged, the Carter-appointed judge upheld the restrictions, using mental gymnastics to claim that “nothing in the Second Amendment requires municipalities or states to allow citizens to transport their firearms.”

When this case was petitioned to the Supreme Court, Gun Owners of America and Gun Owners Foundation filed an amicus brief, urging America’s highest court to hear the case. And now for the first time since the almost decade-old Heller and McDonald decisions, the Supreme Court agreed to hear a Second Amendment case.

GOA and GOF are continuing to support this case by submitting another amicus brief in the appeal to SCOTUS. In fact, the brief makes the case that the lower courts cannot continue to try to “balance” the right to keep and bear arms with alleged “public safety.”

As stated in the brief:

GOA and GOF are optimistic that this case will provide much needed relief to New Yorkers and those “living behind enemies lines” in anti-gun states.

GOA’s effort in the case can be supported financially here.

Red Flag Bill Raised from the Dead in Baton Rouge!