You Can Help GOA Fight the Governor’s Gun Ban!

UPDATE at 1:00 PM (January 17, 2020): After Governor Northam responded to the GOA/VCDL brief, the two organizations issued a response to the Governor’s brief.  You can read our response in Gun Owners of America v. Northam here.

(January 16, 2020, 1:14 PM, EST) — As you are no doubt aware, Virginia Gov. “Blackface” Northam declared a “State of Emergency” for the capital area for Monday’s Lobby Day in Richmond.

The Governor’s action is illegitimate and cannot be allowed to stand. 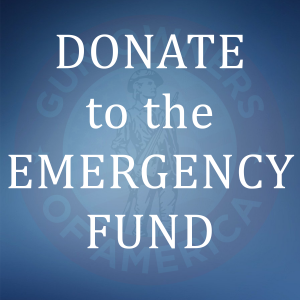 Gun Owners of America and the Virginia Citizens Defense League (VCDL) are filing an Emergency Injunction against the governor’s actions.

His action infringes on both the First and Second Amendment rights of Virginian’s who wish to peaceably assemble to petition their government, while at the same time not surrendering their right to self-defense.

This rally is held annually with thousands of participants and  without incident.  The only difference this year is that, in response to the Democrats’ attempt to eviscerate the Second Amendment, a much larger crowd is expected.

Incredibly, Northam is using the 2017 rally in Charlottesville, Virginia, in support of his ban on firearms, ignoring the fact that the unfortunate death that day was a vehicular homicide.

Northam hasn’t made any attempt to ban cars.

Like all gun control, this gun ban could have only negative consequences.  If there are, in fact, any bad actors who would attempt to hijack the rally, they would simply ignore the law.

Over the next 24 hours, GOA and VCDL lawyers will be in court fighting the ban.

Stand and fight alongside us as we take on Gov. Northam.  Please make an EMERGENCY contribution to help sustain GOA’s lawsuit against the Governor.

We are determined not to let this governor run roughshod over our gun rights.

But every step of the way comes with a price tag. WE NEED YOU!

The next 24 hours are critical for the defense of our Second Amendment.

A 2012 law strictly limits the governor’s ability to ban gun in a state of emergency, and a political rally falls way outside his reach. We will fight this power grab and hope you will stand with us.

So, if you can, please help fund GOA’s emergency injunction today.

We know that many gun owners—both in Virginia and across the country—are planning to attend the Lobby Day in Richmond. We are excited to see you there. But if you plan to attend Lobby Day, remember the eyes of the media—and the country—will be on us!