Exploiting the Elderly to Confiscate Your Guns

Perhaps the most important anti-gun battering ram which is on the agenda for anti-gunners like Michael Bloomberg and Gabby Giffords is Red Flag Gun Confiscation legislation. 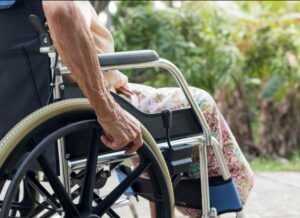 Under this bill, drafted in New York and exported to gullible states across the country, an unsubstantiated allegation by an angry relative can send a SWAT Team to a gun owners’ home in the middle of the night — ready to ransack the house and confiscate all guns — with no due process whatsoever.

New Hampshire House Democrats are attempting to claim a “win” after the House passed a “red flag” bill (House Bill 687).

They are also pushing a new version of “elder care” gun confiscation, HB 1660, which is similar to HB 696 which was vetoed last year.

Well, basically, it would allow THE GOVERNMENT (under stipulations which are easily met) to go to a judge and demand that he start issuing orders against relatives of senior citizens. The orders can be issued by a simple telephone call from the judge to police — with no due process whatsoever.

The orders can be ex parte — which means that the relative receives no notice of anything prior to the raid on his or her house — and have no opportunity to present their own version to the judge.

And the list of subjects the order can address is inclusive, rather than exclusive.

This means that there is no limit to the rights or property which the judge can take away through a simple telephone call.

We do know that, through most of the evolution of this bill, gun confiscation has been an EXPLICIT goal. In fact, it has been absolutely clear that the purpose of the bill is to give a “win” to gun control forces.

Now gun control is implicit. But given the open-ended list of things a judge can order through a telephone call, it is pretty clear that gun confiscation WILL BE ONE OF THEM.

So what does the unsubstantiated order have to allege in order to empower a judge to make a telephone call to send a SWAT Team to your home to confiscate your guns?

Well, “emotional abuse” is defined by the bill, at its lowest common denominator, as “verbal harassment … which … could result in … emotional distress…”

And, frankly, you don’t even need a judicial order to strip a person of his or her constitutional rights based on this flimsy definition. Under section 173-D:11, if a policeman has probable cause to believe that your words could be troubling to a senior, he is MANDATED to “USE ALL MEANS WITHIN REASON TO PREVENT” further words which, under this definition, could cause emotional distress.

The police are explicitly required to confiscate ALL GUNS “involved” in exploitation or neglect. The term “involved” is not defined. But if you have a gun and you have spoken harshly to your elderly parent with Alzheimer’s, you can bet your bottom dollar that the sheer presence of that gun in your home is going to be interpreted as “involvement.”

You can also bet that that gun confiscation raid — with no judicial authorization — is NOT going to be conducted during hours of daylight.

We have reached an alarming point in New Hampshire if legislators believe that police-initiated middle-of-the-night raids without a warrant or a crime are regarded as acceptable.

The House Health, Human Services, and Elderly Affairs Committee has scheduled a public hearing for Tuesday, January 21 at 1 PM in Room 205 of the Legislative office building.  If you can attend please do so.

But moreover, please contact all members of the Committee and let them know that you strongly oppose HB 1660, the 2020 Gun Confiscation Act.

Then, after you’ve contacted the Health, Human Services and Elderly Affairs Committee, I need you to contact your own State Representatives to urge them to oppose HB 1660.

Ask your Representatives to sign in on January 21 as being opposed to HB 1660 and urge them to also testify against this gross infringement during the public hearing.