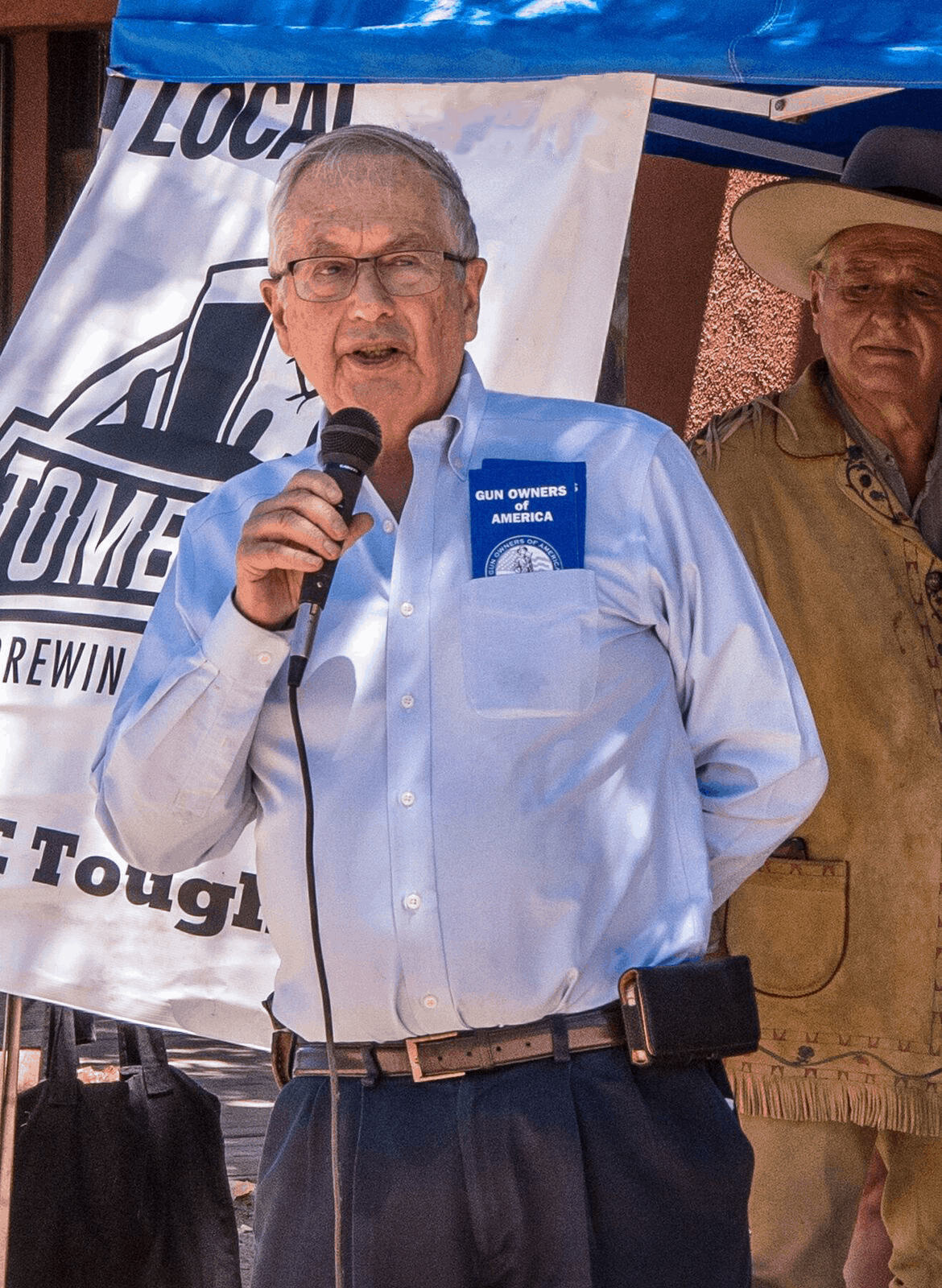 The City of Tombstone’s Proclamation states that it “recognizes Larry Pratt [in] appreciation of his long-term support of our city [and] our Second Amendment rights.”

Say the words “Tombstone, Arizona” and one, no doubt, thinks about the famous gun fight at the O.K. Corral in 1881.

Much lore — and a lot of myth — has surrounded that famous event.

For starters, it would probably surprise many today to know that the concealed carry laws of most states in 2017 are more pro-gun than were the laws in Tombstone during the late nineteenth century — where concealed carry was banned.

But the city is changing all that today.

Tombstone, Arizona has declared itself a Second Amendment City, and they are proud to claim they are the first such city in America.

Pratt asked those in attendance to urge their members of Congress to pass the concealed carry reciprocity legislation in Congress.

Once law, states would then have to recognize — per Article IV of the U.S. Constitution — the concealed carry permits of other states.

But that’s not all this legislation does.

H.R. 38 and S. 446 would enable residents of Constitutional Carry states to carry across the nation.

No wonder that Billionaire Michael Bloomberg has committed $25 million in an attempt to shuttle activists to town hall meetings to flood Republican congressmen with fake opposition to this legislation.

But Tombstone won’t be tolerating any of Bloomberg’s antics today.

The City of Tombstone’s Proclamation states that it “recognizes Larry Pratt [in] appreciation of his long-term support of our city [and] our Second Amendment rights.”

Hence, the proclamation says that July 1, 2017, is hereafter known as “Larry Pratt Day.”

Gun owners can help stick it Michael Bloomberg by joining Gun Owners of America. Be sure that GOA has the “ammo” to fight Bloomberg’s Billions. Join GOA today!