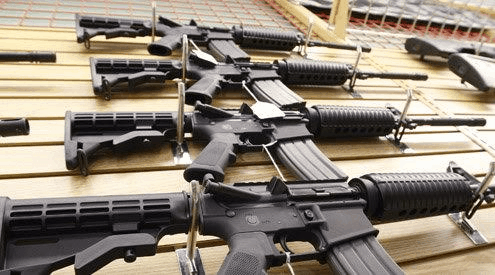 Those of us who believe there is no asterisk following the Second Amendment to the U.S. Constitution were heartened when the U.S. Supreme Court ruled in a pair of court decisions that the right to bear arms was not only an individual right but applied to the entirety of the United States, As Investors Business Daily editorialized in 2014 after a U.S. District Court overthrew Chicago’s ban on gun shops within city limits:

In a 5-4 decision in 2008, Heller v. District of Columbia, written by Justice Antonin Scalia, the Supreme Court overturned D.C.’s draconian gun law. Similar to Chicago’s law, D.C.’s law barred private ownership of handguns, but the Supreme Court reaffirmed that the right to bear arms was indeed an individual constitutional right.

On the heels of Heller, however, a three-judge panel of the 7th Circuit Court of Appeals, led by Judge Frank Easterbrook, rejected subsequent suits brought by the National Rifle Association against the city of Chicago and its suburb of Oak Park, Ill., on the grounds that Heller applied only to the District of Columbia and not to the states and their municipalities.

That nonsense was straightened out when Otis McDonald, a 76-year-old Army veteran who lived in a high-crime area of Chicago, asserted that the Second Amendment to the U.S. Constitution he fought to protect gives him the right to bear arms to protect himself and his wife, just as he once protected his country.

The U.S. Supreme Court agreed with him, saying the right to keep and bear arms was not only an individual right, but also a national one.

That settled that, or so we thought. Now along comes the Fourth Circuit, asterisk in hand, to define what the Founding Fathers did not, namely exactly what kind of arms we are entitled to bear, as well as what kind and how much ammunition we are allowed by the robed gods to lock and load. As Charles C. W. Cooke notes in National Review, the Fourth Circuit ruling guts Heller ad imposes a nonsensical restriction on the right to bear arms the Framers did not intend::

In a 10–4 decision, issued yesterday afternoon, the court upheld Maryland’s ban on both “assault weapons” and “high capacity magazines.” By so doing, it deprived the people of Maryland, the Carolinas, and the Virginias of the core protections to which the Constitution entitles them.

As Judge Traxler’s dissent pointedly establishes, the majority achieved this transformation by contriving “a heretofore unknown ‘test,’ which is whether the firearm in question is ‘most useful in military service.’” In effect, this “test” is designed to permit judges to determine that any weapon they might dislike is unprotected by the Second Amendment and can therefore be prohibited with impunity. Forget that Heller contains its own explicit tests. Forget the “common use” standard. Forget “dangerous and unusual.” There’s a new kid in town, and he’s coming for your rifles.

Forget as well the Second Amendment was written in a time of war when muskets were the assault weapons of the day. Under the Militia Act of 1792, every able-bodied male was required to own a musket:

Like most post-war periods, the years following the end of the American Revolution saw our small standing army reduced to a skeleton force. With the British still in control of Canada, the French in control of the area that someday would be defined as the Louisiana Purchase and Europe in constant turmoil, the Congress passed the 1792 Militia Act — “an Act more effectively to provide for the National Defense, by establishing a Uniform Militia through the United States.” The Act required white male citizens between the ages of 18-45 become members of their state militias and that every militiaman was to “provide himself with a good musket or firelock” within 6 months after passage.