Oh, the usual except that the Capitol is closed to the public and no one can come inside unless they have a scheduled appointment. So, with that, Senate President Wilton Simpson and House Speaker Chris Sprowls are laughing as they run their legislative dictatorships.

You ask, what happens if you do get into the Capitol? Well, good luck getting into the Senate side! 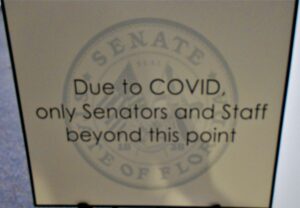 These signs were posted at every access point to the Senate Office Building.

The Senate Sergeant at Arms Office under the direction of the Senate President has posted these signs along all the entrances to the Senate Office Building, and they are actually manned. No one can cross over unless they are senators or their staff. Guests cannot even be escorted by senators or staff.

Sen. Simpson thinks the pandemic is a positive benefit for lawmakers. He let it slip while on The Florida Channel of what he thinks of us.

“I think we’re going to be a whole lot more productive,” Sen. Simpson said. “And it’s kind of nice, right? It’s kind of like, ‘Hey, this way it should be.’ Does anybody have a problem with 25 lobbyists not piled up in your office? This is going to be a very productive session with all the leeches outside. I mean, not the leeches. Leaves outside.”

The House side is “open,” and I say this in quotation marks for a reason. You can’t actually go around and visit various lawmakers like in previous years.

Officially, all you can do is visit the lawmaker you have an appointment with. Once done, you must leave their office and exist the Capitol.

So much for the State Capitol being the building of the people where they can directly meet and speak with their lawmakers. It appears that those in power seem to forget they work for us, not the other way around.

So on Wednesday, I had my scheduled meetings. I met with Rep. Anthony Sabatini again to discuss how his bills are going and what uphill battles they’re facing.

I also met with Rep. Kaylee Tuck to discuss her bill, HB 1205 – Protection of Constitutional Firearms Rights. It is a bill that would go after any state, county or municipal law enforcement officer or government official who enforces federal gun control in Florida. 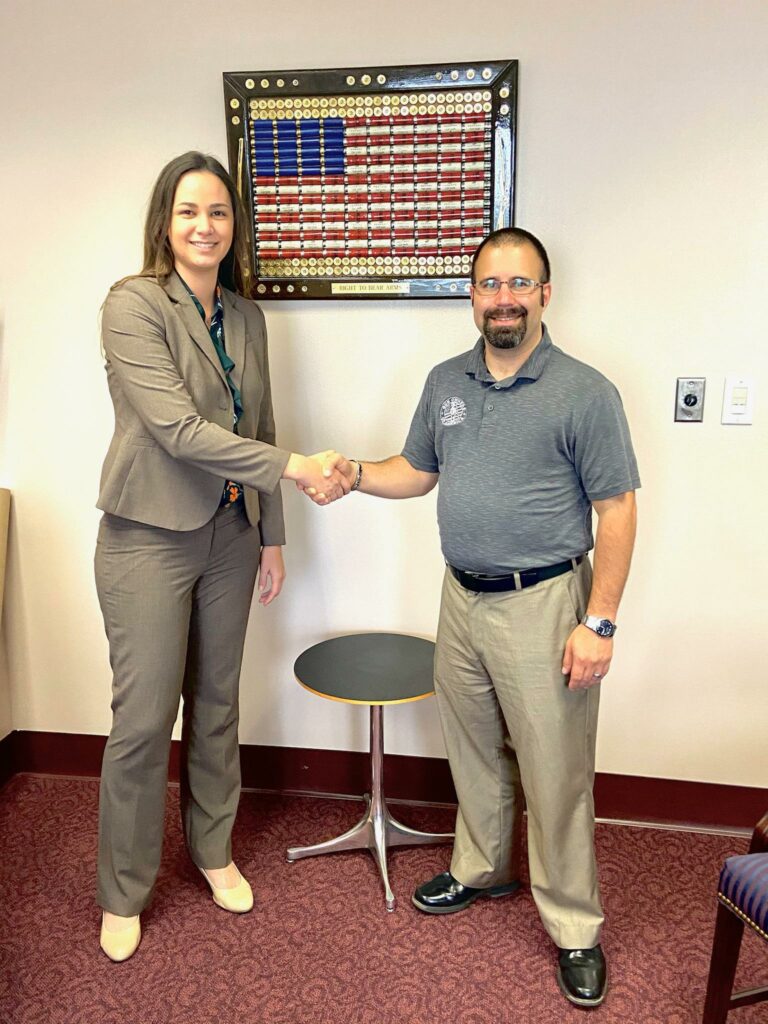 Afterwards, I made sure to let the leadership know where GOA and its members stand on the Second Amendment-related legislation.

As I was leaving the Capitol per the tyrannical rules of the House Speaker and Senate President, I made sure to swing by a few offices and leave them a friendly reminder on what legislation they should support as I made my way towards the exit. 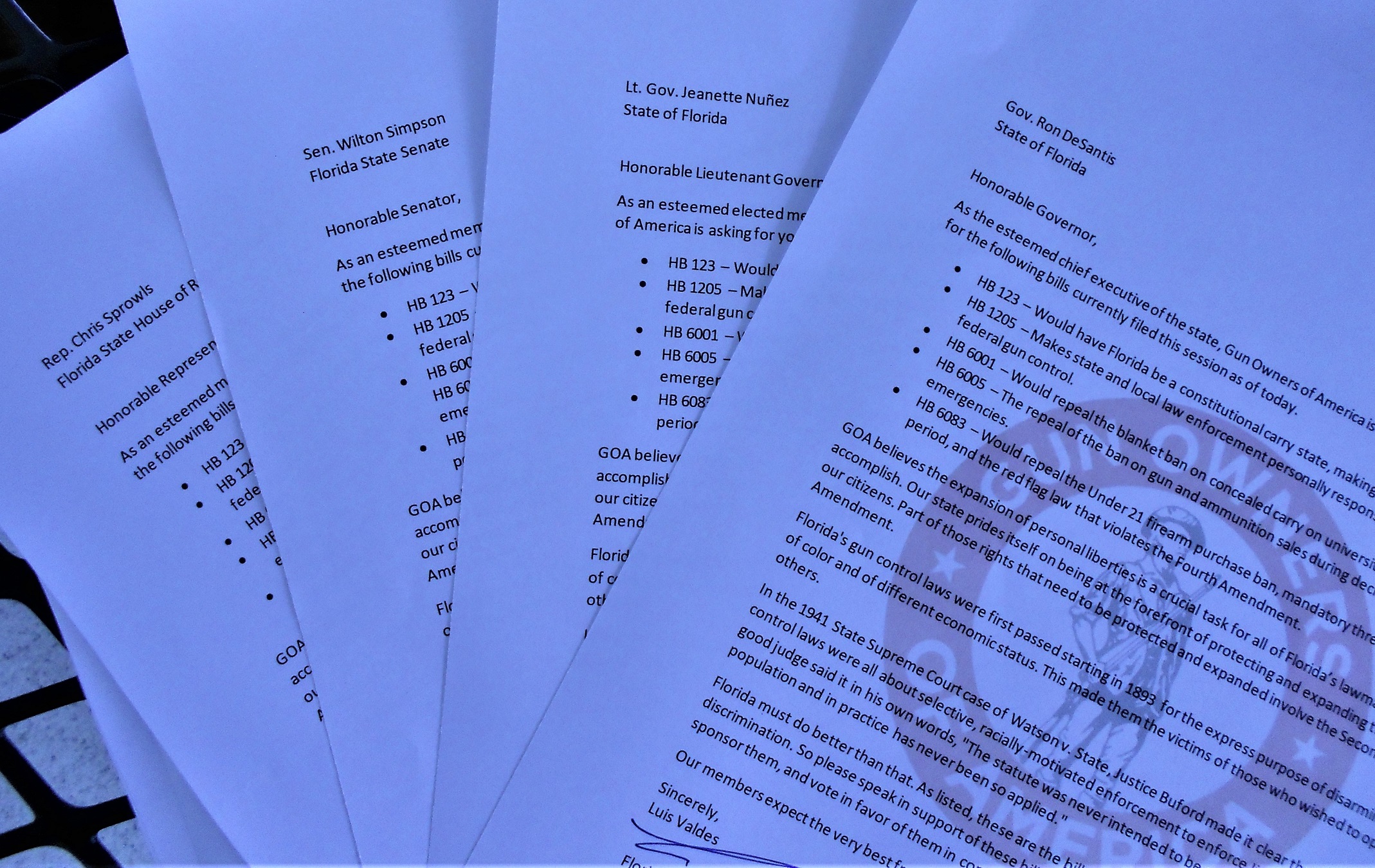 The notices said that elected officials and legislators should support the following bills:

So, with that, we end this report. But remember folks.

Gun Owners of America has pledged and sworn to defend the Constitution, but we can’t do it without you. We are simply an instrument to amplify your voice in Tallahassee.

Remember, friend, the squeaky wheel gets the grease. Be loud, be proud, and be ACTIVE.