I want to thank you and GOA’s entire grassroots team. All of you have been amazing. 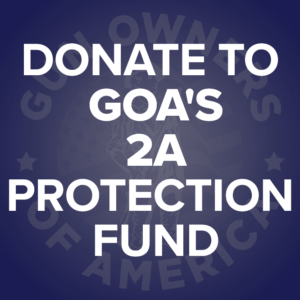 Since last week, GOA activists have sent more than 1.5 million emails to congressional Republicans — urging them NOT to compromise on H.R. 8 and H.R. 1446.

But our job is not yet done.

So now is not the time to go silent!

Here’s what is at stake:

Even if you sent a letter before — on any of the above issues — go ahead and do so again. We have new letters for you to send!

And please consider donating to GOA’s 2A Protection Fund so that we can mobilize even more gun owners.

Thank you for your support and activism!

We Need to Kill Democrats’ New Gun Control, Not Make it More Palatable