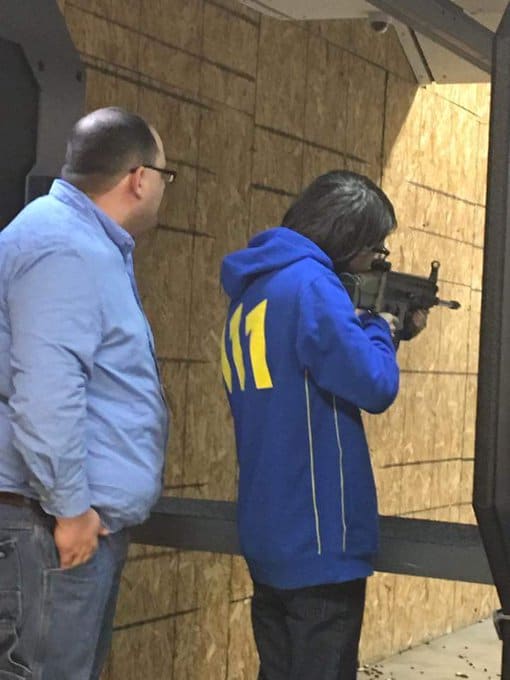 Ken Bone, the Shiloh man made famous by asking a question during a 2016 presidential debate in a bright red sweater, is again in the spotlight after saying on Twitter that his son was suspended for a photo that Bone had shared on social media just a few days before.

The original tweet, shared on Monday, was in response to tweets sent by Kyle Kashuv, a survivor of the shooting massacre at a Parkland, Fla., high school and a gun rights supporter. Bone said that when he saw Kashuv getting grief for sharing a photo of himself at a gun range, Bone wanted to send a message of solidarity.

He shared a photo of his son aiming a rifle away from the camera with Bone standing behind, saying in his tweet that his son was learning to shoot under his supervision. Bone added in an interview Thursday that they had been at a gun range.

On Thursday afternoon, Bone said on Twitter that his son had been suspended because of the photo.

[Take Action] Oklahoma on Verge of Being the 15th Constitutional Carry State!