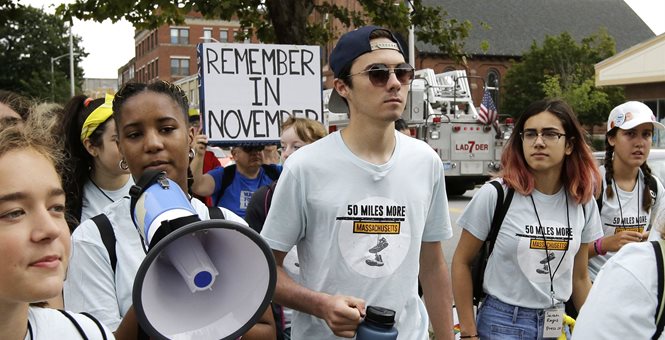 I’ve wondered for a while how much of David Hogg’s crap was a case of being an idealistic youth and how much was nothing more than a desperate grab for fame. Yes, it’s cynical, but it was about the only way I could explain his extortion attempt with Smith & Wesson. Anyone who truly believed in gun control would have probably learned that his followers weren’t the kind who could impact the gun manufacturer’s bottom line.

Well, we now have our answer.

Hogg, appearing with De Blasio on MSNBC’s Morning Joe last week, said the recent surprise win by Tallahassee Mayor Andrew Gillium in Florida’s Democratic gubernatorial primary came about because of youth advocacy. “In Orlando, our team for March for Our Lives Orlando helped promote voter registration so much that it went up 90 percent in Florida,” he said. “Youth voter registration is up 41 percent. Those people are not taken into account on polls.”…

There are already dozens of anti-gun groups, and part of why they’re so ineffective is that they aren’t unified like the voices on the pro-gun side. Creating yet another anti-gun group won’t actually help anything.

Further, Hogg’s stupidity is on full display as he touts a win by an anti-gun Democrat in a Democratic primary as if it actually means anything at this point. Yes, Gillium won the primary. He isn’t the governor of Florida by any stretch of the imagination. Not yet. Until and unless that happens, the youth advocacy has accomplished jack squat.

[Action Needed] Gunsmiths are on the Chopping Block