A sitting member of Congress is publicly proposing a ban on so-called military-style semi-automatic rifles and advocates criminal prosecution for Americans who refuse to take part in a mandatory buyback program.

“[W]e should ban possession of military-style semiautomatic assault weapons, we should buy back such weapons from all who choose to abide by the law, and we should criminally prosecute any who choose to defy it by keeping their weapons,” wrote Swalwell, who does allow for such weapons to be kept in police stations and shooting clubs.

Earlier this week, in a heated debate with Tucker Carlson on the Fox News Channel, Swalwell stood by his proposal, insisting no one would be going door to door to look for the banned weapons and make arrests, but he did say people could be charged and prosecuted for still owning the rifles if police found them in the course of normal police work.

“And if you were caught, just like if you were caught with drugs or anything else, and they had probable cause to go into your home and you had one of these weapons, yeah, you’d be prosecuted,” said Swalwell in his Fox News interview. 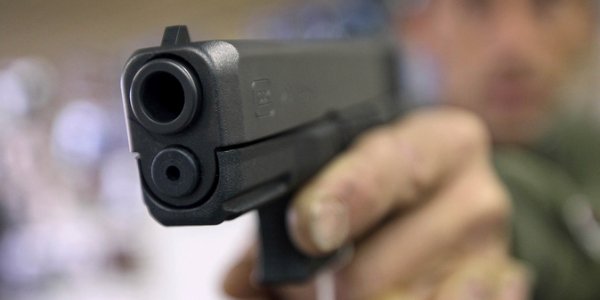 “They really do want to go very, very far indeed and they’re willing to resort to extreme measures to do that,” said Pratt, who says the rhetoric about not wanting to take the guns away from law abiding citizens largely evaporated after the February massacre at Marjorie Stoneman Douglas High School in Parkland, Florida.

“Stevens has opened the door to the deeper recesses of the left’s mind. He called for the elimination of the Second Amendment. That seems to have been followed by statements made by gun control advocates like Mr. Swalwell,” said Pratt.

According to Pratt, research shows that semi-automatic rifles like the AR-15 save many more lives than they take.

“He is focusing on firearms that have been used for criminal purposes and he’s overlooking the fact that firearms are used four times more often – every day – to protect life,” said Pratt, also pushing back against the notion that the typical homeowner doesn’t need that kind of firepower.

“Many people have saved their lives from multiple invaders of their home with their AR-15. One fellow said, ‘Yeah, I used all 30 rounds in my magazine. I had to start using my semi-automatic pistol before it was over,’” said Pratt.

“He’s just making it easier, frankly, for the rest of us to say, ‘We better not be giving these people even an inch because you can see where they want to go,’” said Pratt.

Attorney General Jeff Sessions is making enforcement of existing gun laws a high priority. In fact, Sessions is now being criticized by the very people demanding new gun laws for being too aggressive in applying the old ones.

“If it weren’t for double standards, the left would have no standards at all. These people really don’t live in the real world, I don’t think. That’s why I don’t think they’re going to be getting much traction, and when they speak this way, not likely at all,” said Pratt.

To stop mass shootings in our schools and elsewhere, Pratt urges lawmakers and school officials to study what works. He says 98 percent of mass shootings occur in gun-free zones, effectively working as a magnet for would-be shooters because they know they will not encounter armed resistance.

To the contrary, Utah allows weapons on school grounds and Texas, Georgia, and Alaska allow it to some extent. Pratt urges the scrapping of gun-free zones and for other states and locales to emulate the Utah model.

In the meantime, Pratt suspects the increasingly brazen gun control proposals will bring gun rights supporters to the polls.

“The more they talk like that, the more they’re going to motivate the pro-second amendment, pro-constitutional voter. This hasn’t worked out well for them in the past,” said Pratt, noting the 1994 Republican revolution occurred just months after Democrats in Congress passed the “assault weapons” ban.

“If they want to campaign this way, we’ve got enough experience now that I can sit back and say, ‘Well good. Keep on doing that,’” said Pratt.

[Calls Needed!!] Urge Gov. Abbott to Stand Firm on 2A!