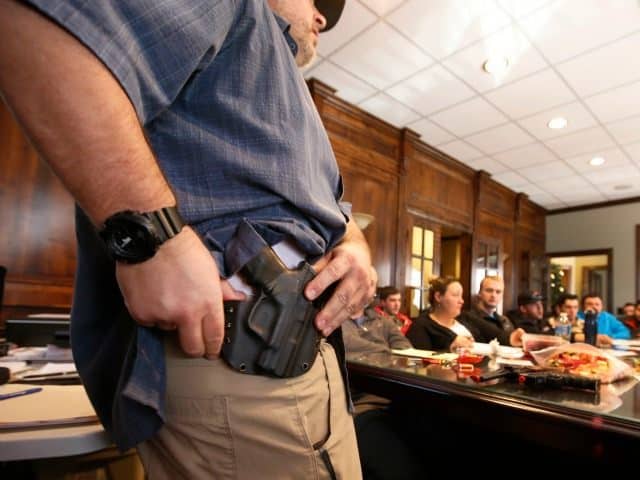 A concealed permit holder in Boardman, Ohio, intervened on Thursday and held a robbery suspect at gunpoint in a neighbor’s driveway.

The incident occurred around 2:00 a.m.

According to WKBN, the permit holder told police he saw “two suspects going through his neighbor’s car on Devonshire Drive.” He retrieved his gun, then confronted the suspects, ordering them to lie on the ground. One of the suspects managed to flee, but a 17-year-old complied with the permit holder’s demands and was held at gunpoint until police arrived.

The 17-year-old refused to provide the identity of his accomplice, but admitted they “were breaking into cars in the area.”  The owner of the car said the contents of her glove box were scattered inside the car, but nothing was missing, and police confirmed that three other vehicles on the street had been “ransacked” as well.