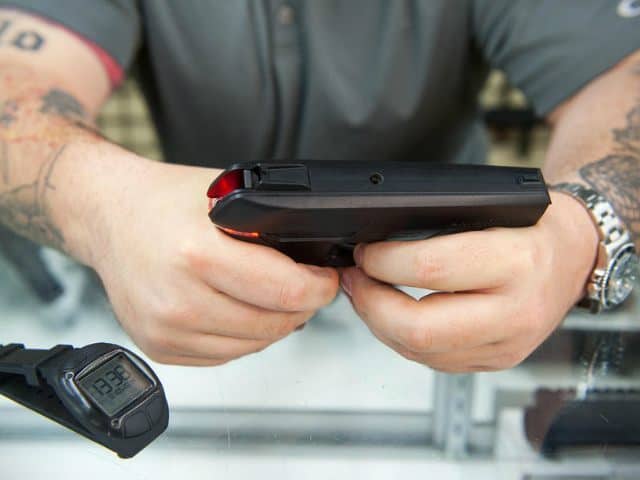 On August 9 the state of Arizona enacted a law that bars any future state or local statute requiring the sale of “smart guns” versus traditional guns.

According to Tucson.com, the law bars any future law or statute with language that says “the only guns that can be sold are those that are ‘smart’ and can fire only if held by an authorized person.”

The state also enacted a law barring the state and/or local governments from mandating background checks on private gun sales. This protects the method of selling guns which has been legal in the United State since the Second Amendment was ratified in 1791. It also means that private gun sales at “gun shows” are protected in the state of Arizona.

Regarding “smart guns,” Breitbart News has explained that the guns are not very smart. In fact, those activated via a biometric reader tend to fail if the authorized user’s finger is wet, dirty, or gloved. This means a “smart gun” that fires when the authorized user has washed and dried his hands may be inert if he finds himself under duress after working in the garden, on his car, or after being in the swimming pool. Moreover, smart guns that are activated by being in close proximity to a radio-paired watch or bracelet are even easier to foil, as criminals can simply steal the gun and the watch (or bracelet), thereby activating the weapon for their own use.

Clip VS Magazine, Accidental Discharge VS Negligent Discharge, and More