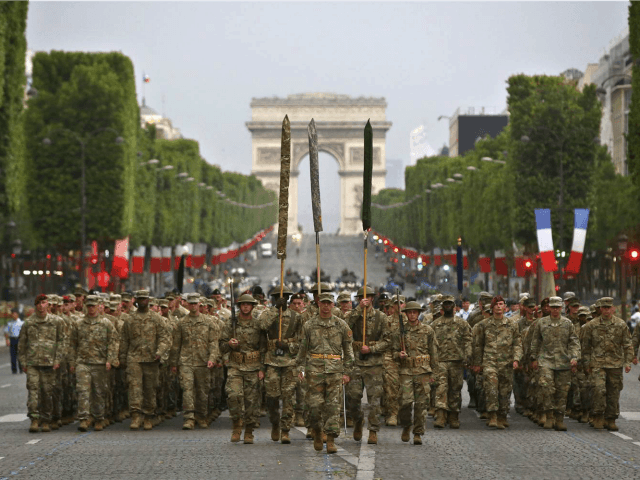 A Washington Post column published July 14 observes that the Founding Fathers placed constitutional protections on gun rights so the people could preserve a means of staving off an attack from our own standing army.

The Washington Post is 100 percent spot on with this observation. At the same time, readers will notice the column has a fatal flaw in that its author writes in a way that suggests staving off a standing army is the central reason for gun ownership in the United States. It is not.

The jumping point for the column is France’s Bastille Day. The Washington Post reports:

It was fear of the French army that first led Parisians to storm the Bastille. And distant though that event may be in both time and place, Americans should take note: this kind of scenario is why the Second Amendment to the United States Constitution exists. Both those storming the Bastille and those ratifying the Bill of Rights had a genuine fear of a standing army as the enemy of a true republic — a fear that shows just how disconnected modern readings of the Second Amendment have become.

Notice how the author correctly describes the trepidation of our Founding Fathers, only to suggest that those who do not see this “fear” as the reason behind the Second Amendment are actually “disconnected.”

Gun rights advocates argue that the founders included the amendment to protect the people from a tyrannical government. To an extent, they are correct. But the founders were concerned about a specific kind of tyranny. They were worried about the same thing that the Parisians were worried about on the eve of the storming of the Bastille: that a despot would order his soldiers to attack the citizens. A citizens’ militia, by replacing the army, could prevent that scenario from happening.

In recent years, the idea of the Second Amendment as a justification for standing up to the government has become more popular. Today’s visions of armed resistance, though, have become unhinged from the Amendment’s 18th-century moorings, in ways that make appeals to “what the founders thought” ring hollow. The story of the storming of the Bastille can help, by showing how an 18th-century “Second Amendment solution” was meant to work and how ideas of military service have changed since the Early Republic.

Later in the column we read:

The Second Amendment said all of this in its first 13 words—“A well regulated militia, being necessary to the security of a free state”—without spelling it out as explicitly as it might have. Virginia’s 1776 Bill of Rights made the links clearer: “That a well regulated militia, composed of the body of the people, trained to arms, is the proper, natural, and safe defense of a free state; that standing armies, in time of peace, should be avoided as dangerous to liberty; and that, in all cases, the military should be under strict subordination to, and be governed by, the civil power.” The phrasing was different but the ideas were the same: for a society to be free, there could be no professional army. Citizens had to be soldiers, and soldiers citizens.

One need read no more of the WaPo piece to perceive that its author is emphasizing gun rights as particularly tied to the military in the Founding Fathers’ minds, and it is a shame that the author ruins such an otherwise great column with this emphasis. It is a shame because he misses the fact that the Second Amendment is longer than its “first 13 words.” In fact, those first 13 are followed by 14 words which say, “The right of the people to keep and bear arms, shall not be infringed.”