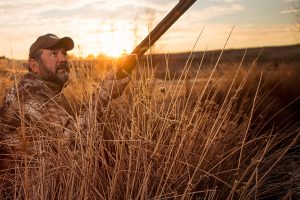 “There’s a pretty good chance that these hunting devices would fall within Warren’s definition of ‘over-the-counter hearing aid.’ Which would mean that a new federal bureaucracy would be in charge of regulating hunting,” — Erich Pratt

Hunters and bird watchers fond of personal sound amplification products won’t see the devices face any extra government scrutiny this year after all.

House lawmakers approved the Food and Drug Administration Reauthorization Act of 2017 Wednesday without language redefining the hearing devices after Gun Owners of America and legislative Republicans characterized an earlier version of the bill as regulatory overreach.

“Today’s bill is critical because it will keep the innovation pipeline for cures, treatments and drugs open for patients,” said North Carolina Republican Rep. Richard Hudson in a press release Wednesday. “Additionally, it includes my language that protects hearing enhancers and devices used by hunters and bird watchers from potential bureaucratic government overreach. It’s a small win for common sense, our freedoms and our Second Amendment rights.”

The devices as-is face intense FDA regulation, cost upwards of thousands of dollars and can be obtained via prescription only.

Warren said her bill would have fixed all that by creating a new class of over-the-counter hearing aids. The proposal’s language also mandated the federal government reconsider the definition of Personal Sound Amplification Products, or PSAPs.

“Allowing hearing aids to be sold over the counter will help bring down costs and expand consumer choices so that millions more Americans can find affordable hearing aids,” Warren said in a March 20 press release. “This bill will loosen up outdated regulations and, with the right protections in place, let the market bring great products to Massachusetts residents at far lower costs.”

PSAPs — often found in the aisles of sporting goods stores and marketed toward hunters and bird watchers — by law can’t include wording on their labels or in advertisements suggesting the products serve as a low-cost replacement for hearing aids.

Warren’s bill would have changed all that, too, by subjecting PSAPs and the hunting industry to a host of new regulations, said Erich Pratt, executive director of Gun Owners of America.

“There’s a pretty good chance that these hunting devices would fall within Warren’s definition of ‘over-the-counter hearing aid.’ Which would mean that a new federal bureaucracy would be in charge of regulating hunting,” Pratt said in a letter addressed to the House Energy and Commerce Committee in May. “Were Warren less of an enemy of the Second Amendment, we might give more credibility to the argument that we were protected by the ‘perceived … hearing impairment’ language of the Warren bill. But she isn’t. So we don’t.”

Pratt pressed lawmakers to delete the amendment containing Warren’s bill from the FDA Reauthorization Act, insisting the senator only wanted to stymie the Second Amendment.

“In the past, anti-gun senators like Warren have used any pretext, however attenuated, to interfere with hunting and the exercise of Second Amendment rights,” he said. “And we can only interpret this legislative initiative to be the most recent of these.”

Nearly two dozen conservative organizations urged Senate Health Committee Chairman Lamar Alexander, R-Tennessee, to “oppose the bill at every turn” in a letter dated May 8 and signed by the Tea Party Nation, the Center for Freedom and Prosperity and the Conservative Leadership PAC, among others.

Alexander said Wednesday the current version of bill passed by the House represents an 18 month bipartisan and bicameral effort to draft meaningful — and passable — legislation.

“The Senate and the House have been working together in a bipartisan way for the last 18 months on these user fee agreements – and they are integral to helping the patients that rely on medical innovation,” he said. “I’m urging my colleagues to pass the user fees legislation as soon as possible.”