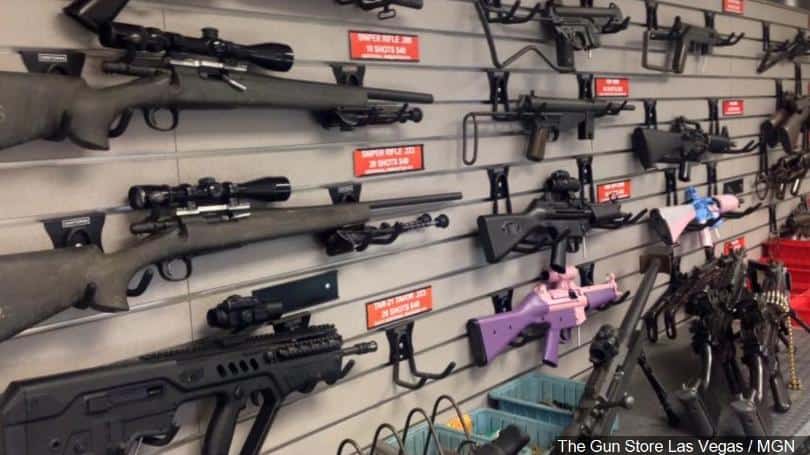 Larry Pratt, executive director emeritus of Gun Owners of America, believes that handgun buyers might be “predisposed” to want to defend themselves, but they don’t until a mass tragedy tips the scales. “When something like that happens and it’s vividly covered in the media, then that may prompt them to finally take action,” Pratt said.

(CNN) — Nicole Hockley lost her 6-year-old son, Dylan, in the 2012 shootings at Sandy Hook Elementary School in Newtown, Connecticut. [The] demand for guns jumped in Newtown after the shooting. Assault rifles began selling out across the country amid fears of tighter gun control legislation. Similar spikes in gun sales followed tragedies in Orlando and San Bernardino, and stock in gun companies surged. Now, research in California suggests that the closer people are to a mass tragedy, the greater the impact on gun sales.

Hockley calls this a “knee-jerk reaction” by people who are scared for their safety and who worry that someone will take their guns away. Now a voice for gun violence prevention through her organization, Sandy Hook Promise, Hockley said that the families of mass shooting victims have responded very differently.

“I don’t think I’ve ever had a family who’s lost someone (in a mass shooting) … say, ‘we need to have more guns available so that we can protect ourselves,’ ” she said.

After a mass shooting, “the world seems to suddenly be a more violent and disturbing place than people thought,” said public health expert David Studdert, a professor of law and medicine at Stanford University.

Studdert said his latest research supports the notion that this fear is partly behind the spikes in handgun purchases that follow mass shootings.

His newest study, published Monday in the journal Annals of Internal Medicine, tracks handgun sales in California after two mass shootings: the 2012 Newtown massacre and the 2015 shooting in San Bernardino, California. Because California records all lawful handgun purchases and there is no exception for firearms sold at gun shows, he said, the state’s data are uniquely comprehensive.

The study showed spikes in handgun purchases after each tragedy: After Newtown, there were 53% more purchases than expected in California. After San Bernardino, there was a 41% increase across the state — but this broke down to an 85% increase among San Bernardino residents, versus a 35% increase elsewhere in the state.

“This, I think, reinforces the idea that safety and security concerns are motivating these purchases,” Studdert said.

Larry Pratt, executive director emeritus of Gun Owners of America, believes that these handgun buyers might be “predisposed” to want to defend themselves — and that a mass tragedy might tip the scales.

“When something like that happens and it’s vividly covered in the media, then that may prompt them to finally take action,” Pratt said….