Bump stocks are officially illegal starting today – what to expect

Any gun owner who possesses a bump stock accessory for their gun is now in violation of federal law.

Despite numerous lawsuits attempting to block the bump stock ban since it was implemented in December 2018, the 90-day period to turn in or destroy the accessories has ended, making their possession illegal under federal law as of March 26, according to the new Bureau of Alcohol, Tobacco, Firearms, and Explosives (ATF) rule.

For destruction, regardless of manufacturer or model, a bump stock must be made incapable of being readily restored to its intended function by, for example, crushing, melting or shredding the bump stock. 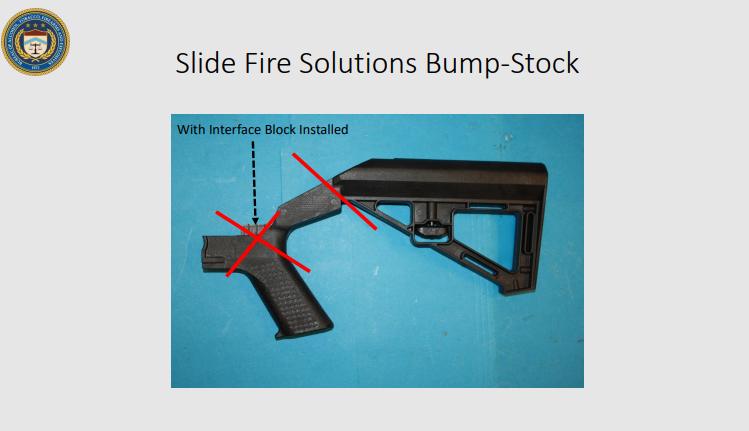 On Monday night, two separate emergency appeals were submitted to the Supreme Court requesting the ban be put on hold, but an immediate decision has not been made, CNN reported.

Gun owner groups previously sued the Justice Department, but a federal judge ruled against the plaintiffs, affirming that the DOJ ban could go forward.

The ban effectively reversed the ATF’s decision from 2010 that deemed bump stocks different from machine guns and unable to be subjected to the same regulation as machine guns.

It amended the definition of “machine gun” to include “all bump-stock-type devices that harness recoil energy to facilitate the continuous operation of a semiautomatic long gun after a single pull of the trigger,” the ATF noted.

“We still feel that the regulation is a factual misreading of the statute, and that ultimately we will be vindicated on it,” Michael Hammond, the legislative counsel for Gun Owners of America, told CNBC. The group is one of several to sue the federal government over the ban.

Unlike the internal mechanisms of a machine gun that permit high rates of automatic fire in rapid bursts, a bump stock is an accessory that is affixed externally to a semiautomatic gun. Without changing the internal components, a bump stock uses the gun’s recoil to then “bump” the gun back against the user’s finger, causing another round to fire.

A bump stock does not change a semiautomatic gun’s ability to shoot one bullet per trigger pull, whereas a machine gun fires a rapid burst of bullets per single trigger pull.

Instead, a bump stock enables the trigger to be pulled quickly, simulating a higher rate of fire than a user can typically achieve with the unaided action of their finger.

The Department of Justice noted this in their December 2018 press release, explaining that bump stock devices “harness recoil energy to facilitate the continuous operation of a semiautomatic firearm.”

The accessory stands deemed as a machine gun despite the fact that a bump stock has no capability of firing when not attached to a gun.

Push Constitutional Carry Expansion through the Senate in Idaho!