Waynesboro Borough Council, along with a standing-room-only crowd, listened to a presentation by Val Finnell, Pennsylvania director for Gun Owners of America, that detailed a proposal for the borough to consider becoming a Second Amendment sanctuary Wednesday night. 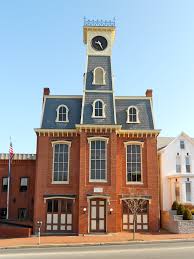 Finnell asked the borough to pass an ordinance that would designate Waynesboro as a Second Amendment sanctuary, which the Gun Owners of America (GOA) claims will protect citizens from the enforcement of gun control measures that violate the Second Amendment.

Following the presentation, Council President C. Harold Mumma told those in attendance that borough council will take the information under serious consideration and then bring to a public vote, hopefully within a month.

The grassroots effort has picked up momentum following the recent gun legislation battle in Virginia, with the GOA asking several municipalities and counties in Pennsylvania and beyond to consider adopting the group’s ordinance.

“I want to congratulate the Borough of Waynesboro for considering GOA’s ordinance as the model for your Second Amendment sanctuary,” Finnell said. “This is to protect your citizens against unconstitutional laws, whether in Washington D.C. or in Harrisburg.”

According to the GOA’s definition, ”(sanctuary ordinances) are an effective way to send a message to both the state and federal representatives of a state that their citizens will not support those who violate their rights and attempt to dismantle the Second Amendment.”

The proposed ordinance typically prevents the expenditure of local funds for various gun control proposals, including emergency protection orders, enforcement of background checks and red flag laws, according to the GOA.

Communities in Virginia, Maryland and elsewhere have already declared themselves Second Amendment sanctuaries.

Read more at The Record Herald