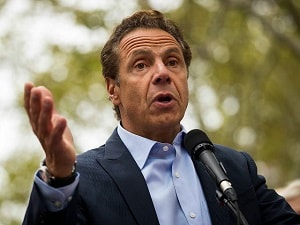 He is doing this by seeking changes in state law that will make various misdemeanor convictions sufficient grounds for forfeiture of Second Amendment rights.

Cuomo said, “This year will be remembered as the year of reckoning, when both the tragedy of mass shootings and cultural and institutional harassment of women became impossible to ignore.”

In addition to expanding confiscatory laws to those convicted of misdemeanors, Cuomo also wants to expand the scope of confiscatory orders. The orders currently apply to handguns but he wants those expanded to include rifles and shotguns and as well.