Help GOA in the Upcoming Gun Battles of the Year

September Will Set the Course for Gun Rights This Year

I hope you had a relaxed and enjoyable August.

I also hope you’re in “fighting form” to work with us and make September a turning point for progress on Second Amendment rights. 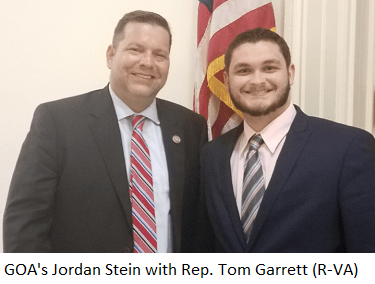 What happens in the next month will set the tone for the remainder of this Congress.

Let’s start with Congressman Richard Hudson’s groundbreaking reciprocity bill, H.R. 38. The bill now has 209 cosponsors — and we have a promise from the Judiciary Committee Chairman to move the bill soon.

Then there’s H.R. 1181 — legislation to restore gun rights for 257,000 law-abiding veterans. With your help, this bill passed the House in March and now sits on the Senate calendar.

As with reciprocity, some senators are just willing to do nothing — and let it die by inattention.

Similarly, the battle over the repeal of the Schumer amendment — and the restoration of the procedural right to get your guns back — will come to a head, probably in December, in connection with the annual government funding bill.

For the time being, Congress plans a “kick the ball down the road” bill (by passing the “continuing resolution”) in September. But we will be resuming the fight to repeal this Schumer amendment.

Also on our agenda: the anti-gun Obamacare law is within one Senate vote of repeal — at least in terms of repealing the mandates — and we haven’t given up on that.

Finally, the Trump administration has yet to reverse Obama’s anti-gun executive actions.

But GOA members are right now sending their postcards to the White House. If you are not receiving them please go here to join GOA and to start receiving the postcards right away.

Gun Owners of America in the Media

If you’re following us on social media, then you would’ve seen our recent video, “5 Things GOA is Doing Right Now For The Second Amendment. 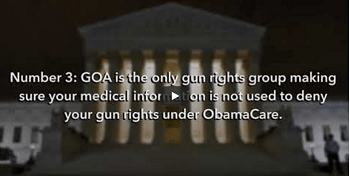 From engaging in the courts to fighting to deregulate suppressors, this video highlights what GOA is doing currently for the Second Amendment. Check it out here.

Also, watch and listen to some more GOA media appearances:

There’s an exciting opportunity thanks to a very generous GOA Life Member. 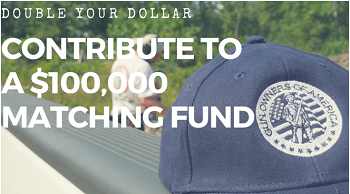 That means that when you join or renew with GOA right now, become a Patriot or Life member, or simply contribute, your gift is doubled.

What an incredible way to double your dollar at no extra cost to you.

Anyway, Congress is back so GOA is continuing its push to help concealed carry reciprocity move quickly.

P.S. Take action and then help GOA stay on the frontlines. Every dollar you contribute to GOA right now will be automatically doubled, thanks to a very generous GOA Life Member!