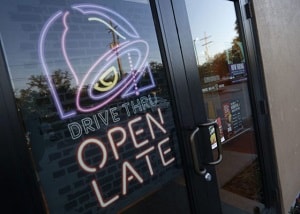 The incident occurred around 2:45 a.m.

According to Fox 8, police said two suspects entered the store “wearing masks and ordered the employees to the ground at gunpoint.” There were multiple employees in the store at the time and three of them responded by opening fire.

One of the suspects was hit “six times.” Cleveland.com reports that “officers found him unconscious with a faint pulse lying face-up on the floor with a loaded gun still in his right hand.” The second suspect was able to flee before police arrived and there are no reports as to whether he was hit.

Why Training Requirements Should Be Struck Down