URGENT ALERT: Contact Your Representative Before House Vote on Wednesday!

Click on the Take Action button to urge your representatives to support the Hoell amendment, as well as final passage of this pro-gun preemption bill (HB 1749).

Recently, in New Hampshire, anti-gun local officials have determined that their anti-gun cause is so “righteous” that state law doesn’t apply to them.

* The Lebanon school board chairman decides to ban guns, in violation of state law.

The bill would put teeth into New Hampshire’s preemption law.  It would prohibit executive branch officials from imposing gun bans or gun regulations by administrative fiat.

And it would prohibit municipalities from doing an end-run around state preemption laws by allowing taxpayer-funded facilities to be regulated by private for-profit entities.

On Wednesday, the House will vote on whether to allow House Bill 1749 to be considered this session — or whether it will send to the bill to a dead-end interim study.

A non-lawyer lobbyist has recently been hatching crazy conspiracy theories about what House Bill 1749 would do.

He argues that prohibiting localities or their designees from regulating guns would penalize gun dealers who refuse to sell guns at gun shows at Everett Arena. 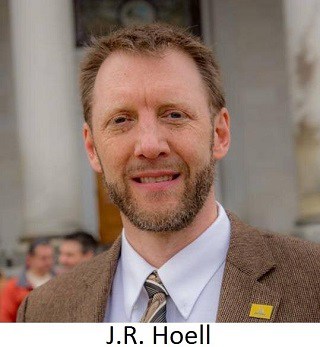 This lobbyist similarly opines that, if the state of New Hampshire is “given” jurisdiction over guns, the Democrats will ban them the next time they are in power.

Of course, they could do that anyway.  Hence, the reason why real lawyers have to go to law school, so they will not give “legal opinions” which make them look foolish.

Not surprisingly, the lobbyist who is making these foolish arguments is not listed as a lawyer in either Massachusetts or New Hampshire.  And, while many of our layman-members have extensive experience in analyzing gun legislation, it appears that he does not have such experience.

Rep. J.R. Hoell will offer an amendment to House Bill 1749 which was produced by negotiations between all the major pro-gun groups in the state:  NRA, GOA, Gun Owners of New Hampshire (the NRA affiliate), and the New Hampshire Firearms Coalition.

So please click here to send an email to representative urging:

1) Support for the coalition (Hoell) amendment and for final passage of HB 1749; and,

2) Rejection of the committee’s recommendation to send House Bill 1749 to an interim study (which would kill the bill).