We’re So Close to Repealing Another Gun Ban

Republicans Lining Up to Repeal the Veterans Gun Ban!

Click on the Take Action button to contact your Senators, urging them to send the Veterans Gun Ban repeal to President Trump. The pre-written letters are specially designed for both Republican and Democrat Senators.

For liberal Democrats, it’s “the year of the veteran.”

Eager to pretend that they don’t hate America’s heroes as much as they have in the past, Leftist Democrats are scouring the weeds for anti-gun candidates who have served in some capacity in the military. 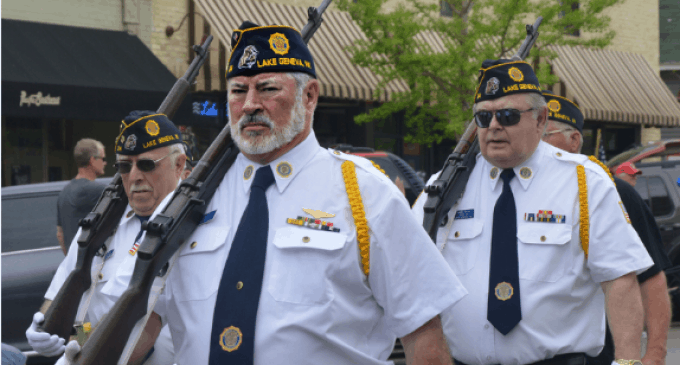 In Virginia, for instance, one goofball is running for governor on a platform that essentially says that his service as a military doctor taught him to hate guns.

So it is about time that Senate Democrats “put up or shut up” with regard to their love — or hate — for our men and women in uniform.

For two decades, America’s veterans have received shoddy treatment from the VA — in virtually every respect.  Their medical treatment has frequently been substandard.

But, even more important, the politically correct VA has fallen over itself to take away the guns of 257,000 law-abiding veterans with no due process whatsoever.

Ironically, Uncle Sam had no problem handing our servicemen M16’s and M4’s and setting them loose to patrol the streets of Baghdad and Kabul.

And yet, when a GI returns to the U.S., perhaps haunted by a disturbing experience in the theater of war, the VA has not hesitated to appoint a guardian for the veteran on the basis of a psychiatric diagnosis — and then take away his guns without any due process whatsoever.

If it’s any indication how irrational this process is, 107,000 of those veterans who are currently subject to a gun ban are now over 80 years of age.

And, while they can theoretically appeal the VA’s determination taking away their constitutional rights, few veterans have the $10,000 or more that it would take to hire a lawyer and experts to do so.

So the champions who have fought to secure our freedoms are the first to have it taken away from them.

At any time, it could be called up, passed, and sent to President Donald Trump’s desk for his guaranteed signature.

And so now, this is our challenge to the Senate:  Put up or shut up.

Stand up for veterans — or stop pretending you really care about them.

By moving to take up H.R. 1181 and sending it to Donald Trump’s desk, Senate Majority Leader Mitch McConnell would be forcing Senate Democrats to stand up for veterans — or to spit in their face.

So please contact your Senators.  Demand that they call for the Senate to take up and pass H.R. 1181, the Veterans Protection Act.

P.S. Please consider becoming a monthly contributor and joining the GOA Patriot club.  And please urge your Senators to demand that Senate leaders take up and pass H.R. 1181, the Veterans Protection Act.