Here comes another “winner” from the other side…

Gifts, gun raffles and multiple sales of guns would be effectively banned 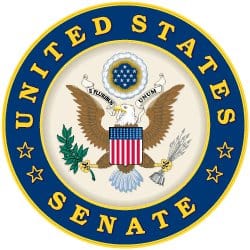 Thursday, the Senate Judiciary Committee will mark up four bills arising out of the Newtown tragedy:

* The Feinstein bill — which would ban millions of shotguns, rifles, handguns and magazines that Americans can legally own — but which will probably die on the Senate floor.

* The universal gun registry — which may also die on the Senate floor — unless a last-minute deal with Sen. Tom Coburn brings it to life.

* Legislation by Barbara Boxer, which throws away $100,000,000 on school safety studies, but doesn’t immediately mention guns.

* And, currently the biggest danger, the Leahy-Gillibrand-Kirk bill, which has ominously been labeled a “gun trafficking” bill.

In regard to this latter piece of legislation (S. 443), the bill is being sold inside the Beltway as a bipartisan “compromise” because anti-gun Senator Mark Kirk (R-IL) is a cosponsor of it.

But S. 443 would dramatically threaten to put gun owners in jail with horrendously long sentences for the most minor of infractions.

Essentially, the bill would impose a 15-year prison sentence for “negligent multiple sales by a dealer,” “negligent gifting” or “negligent raffling.”

Increasingly, there are more and more individuals who are “prohibited persons” for non-violent reasons — for instance, they smoke marijuana or they are military veterans suffering from maladies such as PTSD.

But if S. 443 is passed, any person who sells to such prohibited persons two or more firearms … or gives them a firearm as a gift … or raffles a firearm (where they are the recipient) … does so only at the considerable risk of spending 15 years in a federal penitentiary.

In fact, you don’t need to do anything more than plan (“conspire”) to transfer the gun.  In addition, the recipient doesn’t need to be on the NICS list to be a prohibited person.

Not only that, under section 4 of the bill, if you even “intend” to sell a firearm to a person who turns out to be a marijuana smoker — or one of the prohibited military veterans suffering from PTSD — you become a prohibited person yourself.

When all is said and done, this bipartisan “compromise” is as bad as the Feinstein gun ban (S. 150).