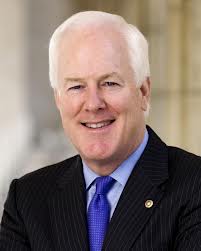 There’s been a lot of gun news this week.  Votes in the full Senate.  Votes in the Senate Judiciary Committee.  The gun battle has finally begun.
But first, we start with an incredible victory.
Halligan goes down to defeat
On Wednesday, Senate Republicans successfully filibustered the nomination of Caitlin Halligan for a seat on the DC Court of Appeals.  By a vote of 51-41, all of the Republicans hung tight — except for Senator Lisa Murkowski who voted for the anti-gun, liberal Halligan.  (Alaska, she needs to hear from you!)
There was a barrage of grassroots’ opposition against Halligan, and people in the media took notice of your action following the vote on Wednesday:
* Watchdog.org reported that, “Gun Owners of America led the attack” against Halligan.
* Politico said that “Gun Owners of America [called] Halligan ‘one of the most anti-gun judicial nominees in recent memory.’”
* And Roll Call reported that, “Senate GOP leaders circulated an email highlighting the view of the GOA and other critics.”
So thank you all for generous support which helps GOA to keep fighting the fight!
And thank you for your hard work and exercising your citizenship duties by communicating with your Senators.  It has paid off once again.  Well done!
Defeat of Veterans Gun Ban now within reach
The Senate Judiciary Committee took up the subject of gun control on Thursday and passed S. 54, the Veterans Gun Ban, a bill which now moves to the Senate floor.
Senator John Cornyn (R-TX) [Pictured right] spoke for all gun owners when he vigorously opposed the bill in committee, explaining that:
This bill would make it a serious felony [up to 15 years in prison] for an American Legion employee to negligently transfer a raffled firearm to a veteran who unknown to the transferor suffers from PTSD. — Senator John Cornyn (R-TX)
The committee adjourned without finishing its business, and it will reconvene later to take up several more gun bills.  But the good news in all of this is that the Republican opposition was virtually united, thus making a filibuster on the Senate floor very achievable.
Although this legislative pile of bunk is wrapped up in a pretty package labeled “gun trafficking” (which is already illegal), the bill would (at its core) send you to prison for 15 years if you:
– Negligently sold two or more guns;
– Negligently gave a gun as a gift;

– Negligently raffled a gun.
What do we mean by “negligence”?  Well, 150,000 law-abiding veterans are currently barred from owning firearms, without any due process of law.  And any person who smokes marijuana — including medical marijuana — is prohibited from owning a firearm under 18 U.S.C. 922(g)(3).
So, if you sell a gun to any of these people, without realizing that they are subject to a gun ban, you can go to prison for 15 years.
Anti-gun Chairman Patrick Leahy did everything he could to cut off debate on S. 54 — showing clear irritation at any senator who dared to raise questions with respect to its provisions.
That said, seven of the eight Republicans on the committee voted against S. 54, the Veterans Gun Ban — Senators Jeff Sessions (AL), Jeff Flake (AZ), Lindsey Graham (SC), John Cornyn (TX), Ted Cruz (TX), Orrin Hatch (UT) and Mike Lee (UT).  They all deserve your support and thanks.
And the eighth, Ranking Republican Chuck Grassley, left open the possibility that he would vote against it on the floor unless it was amended.
Again, we thank you for standing with us.  Please be generous and help GOA to continue fighting for your gun rights

Shadow of the Gun