ACTION: Urge your Senators to “defund” the ban on AR-15 ammunition, and urge them to put a “hold” on the nomination of Attorney General Nominee Loretta Lynch until the ATF backs down from its unlawful gun ban.

In the winter of 2012-13, Barack Obama went to war against the AR-15.  Every liberal establishment ally in the country was mobilized to ban the rifle and destroy what they dismissively called “the gun manufacturers’ lobby.” 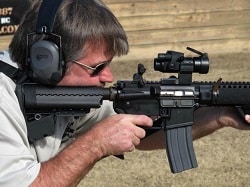 In the end, fewer than 40 senators (in a Democrat-controlled Senate) voted to ban semi-automatics.

You just ignore your opposition and go on the offensive, which is exactly what the Obama Administration did within the past week.

The Bureau of Alcohol, Tobacco, Firearms and Explosives (ATF) is proposing to illegally suppress the AR-15 by banning SS109 and M855 ammunition for that rifle as “armor piercing ammunition” under a 1986 statute banning certain types of ammunition — a statute which amended the Gun Control Act of 1968.

GOA’s Legislative Counsel fought this law as a staffer in the U.S. Senate, arguing that it was a “camel’s nose under the tent.”  Sadly, a “compromise” which was struck by some short-sighted pro-gunners in 1986, and the bill was allowed to pass. 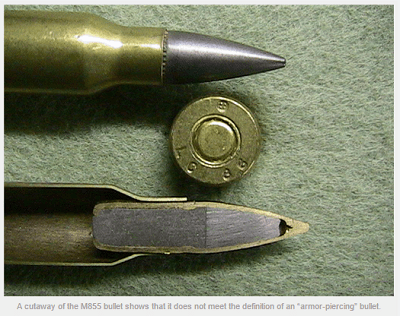 Thus, the ammo ban applies to:

Obviously, SS109 and M855 “green tip” ammunition — with a traditional lead core and a steel tip — is neither.  Rather, this is an illegal attempt to ban or limit AR-15’s by banning types of AR-15 ammunition.

Moreover, any particular ammunition can be, and has been, exempted if it has a sporting purpose. Well, according to surveys, the AR-15 is used for target shooting or hunting over 50% of the time — thereby, making its ammunition easily fit within the “sporting purpose” test, no matter what the composition of the ammunition.

The AR-15 is one of the most popular guns in America.  But even if you don’t own one — hence, you may be thinking you don’t have a “dog in this fight” — realize that this ban DOES AFFECT YOU.

The ATF is accepting comments on this proposal until March 16.  GOA is working on submitting its own comments, and we certainly don’t discourage others from submitting theirs as well.

Most importantly, however, GOA will be working with Senators to “defund” or overturn this ammunition ban.

ACTION: Urge your Senators to support the following measures:

(1) Ask that the nomination of Attorney General Nominee Loretta Lynch (dubbed “Eric Holder in a skirt”) be put on hold until the ATF backs down from its unlawful gun ban; and,

(2) Urge Senators to support an amendment to the DHS appropriations bill which would forbid the ATF from going forward with its lawless proposal.