Click on the Take Action button to urge your Senators to support the nomination of pro-gun Jeff Sessions.

Demand that Your Senators Vote to Confirm Sessions as Attorney General

Stunned by the defeat of Hillary Clinton, the Far Left is now flailing away to create a new benchmark for Donald Trump’s Cabinet appointments.

Under their standards, “No Gun Owners Would Be Allowed.” 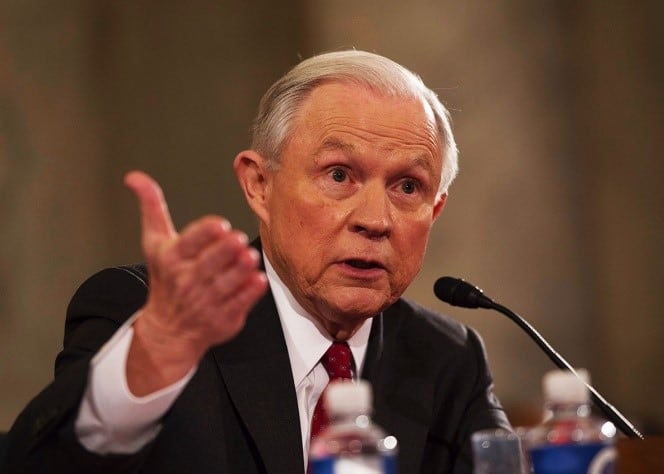 Their first target is Attorney General nominee Jeff Sessions, who was examined by the Senate Judiciary Committee this week.

As a U.S. Senator from Alabama, Sessions is “A” rated by GOA, given that he has voted pro-gun nearly 100% of the time.

Well, Sessions, like GOA, opposes amnesty for millions of illegals, in a transparent effort to turn the whole country “blue” — just as California became “blue” following the 1986 amnesty bill.

And remember the anti-gun “sentencing reform” bill, which would have released drug traffickers onto the streets, while imposing a new five-year mandatory minimum for gunsmiths?

Both GOA and Sessions opposed the anti-gun bill, and we worked to kill that legislation last year.  But, of course, that’s unacceptable to the “law” professors.

The fact is that, after 8 years of lawless AG’s who have tried to destroy the Second Amendment in every way possible, Jeff Sessions would administer his department in accordance with the law and the Constitution. 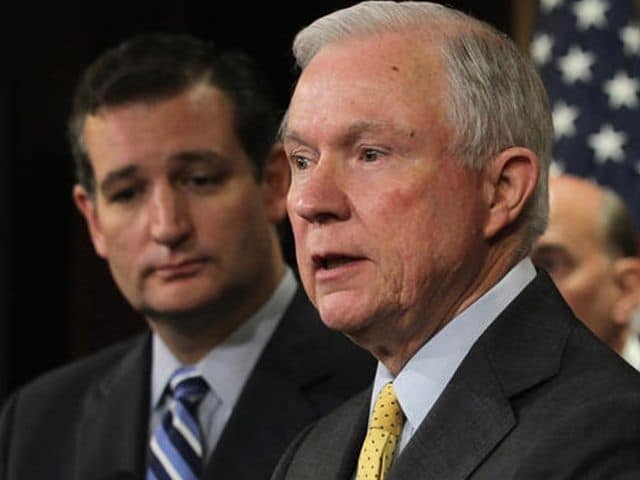 Senator Ted Cruz (R-TX) has come out in strong support of Sessions, showing how he would represent a tremendous break from the previous eight years:

Senator Jeff Sessions’ nomination to be the 84th attorney general of the United States is fantastic news for those who revere the rule of law….

The Obama Department of Justice openly ignored the laws it didn’t like. While Senator Sessions condemned so-called sanctuary cities, the Obama DOJ funneled hundreds of millions in grant money to them — despite these cities’ brazen refusal to abide by our country’s immigration laws — and it endangered Americans all over the country by itself repeatedly refusing to enforce these laws. Furthermore, the Obama DOJ routinely preferred to act as a quasi-legislature, attempting to rewrite straightforward laws — and even the Constitution itself — to fit its radical agenda….  In stark contrast to his predecessors, Obama lost more than half of his cases at the Supreme Court, including nearly 50 unanimous rulings.

As a Senator, Jeff Sessions has voted for concealed carry reciprocity and for restoring gun rights to military veterans who have been disarmed for maladies such as PTSD.

Plus, he has voted against a ban on commonly owned semi-automatic firearms and magazines, and he voted to prohibit the U.S. from implementing an anti-gun UN treaty.

As Attorney General, Sessions could rein in the ATF by prohibiting them from copying 4473 forms, as they are currently doing.

He could put a permanent end to Fast and Furious and Operation Choke Point (which has shut down many lawful gun businesses).

Plus, he could issue opinions which advance the pro-gun “football” in several ways, including:

It’s been a long time since an ardently pro-gun attorney general served as the nation’s top cop.

Please urge your Senators to support the nomination of Jeff Sessions.