Just as gun owners in Alabama celebrate the passage of Constitutional Carry, the House of Representatives will vote on HB 462 next Tuesday. 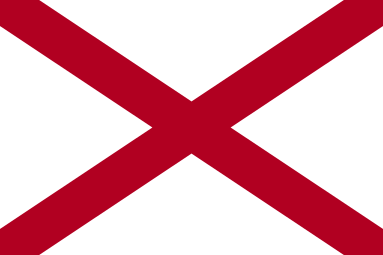 This bill establishes a so-called “Voluntary Alabama Firearms Do-Not-Sell List.” Once one’s name is submitted to the list, he is entered into the unconstitutional National Instant Check System (NICS).

While attempting to address mental health concerns, the bill is actually a major piece of gun control legislation, which seeks to add as many names as possible to the national gun ban registry.

Consider, to have one’s name removed from the list, one must appeal to the courts. The restoration of one’s gun rights is completely dependent upon the judge, and any other interested party who decides to present evidence during the proceeding.

In other words, to get one’s name removed from the list, one must convince a judge that they  should have their  gun rights back, as well as refute any evidence from the public arguing that he should remain disarmed. Such a process does not favor the would-be gun owner in restoring his rights.

Further, the bill also wastes your tax dollars by advertising this program to the public.

A “Voluntary” Gun Ban Could be a “Mandatory” Gun Ban!

At best, this bill is a solution looking for a problem. However, the consequences of this bill get far worse.

GOA has well-documented the problems with NICS. Government audits have demonstrated the ATF’s poor track record of keeping names in the background check system that should not be there. One report stated:

In September 1996, we reported that ATF had not fully implemented its 2-year deletion requirement. During the course of our 1996 review, ATF provided documentation that it had subsequently deleted the required records and that it would conduct weekly deletions in the future. Similarly, as a result of our current review, according to ATF documentation, in May 2016, the agency deleted the 10,041 records that should have been deleted earlier. However, given that this has been a 20-year issue, it is critical that ATF develop consistency between its deletion policy…

Generally, the ATF is infamous for not adhering to its own limitations or lawful authority on nearly every gun issue. Gun owners have lost all trust in the ATF to obey the law or stay within its legal bounds.

Because of the ATF’s lawlessness, should one even be successful in convincing a judge to restore his rights, a reasonable person should not expect his name to be removed from NICS in a timely manner, if at all.

Therefore, a once “voluntary” gun ban could be turned into a “mandatory” gun ban.

Of course, such is the point of this bill. Anti-gunners want to add as many names to the gun ban list as possible to weaken your right to keep and bear arms.

Gun owners in Alabama cannot allow this to stand. Please take action and urge your Representative to vote against HB 462 above.

Killing US With Gun Control ‘Kindness’