Action Alert: Your Senators Need to Hear from You!

URGENT: The Situation has Become Dire 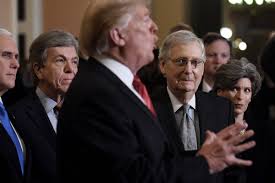 …NOW, SENATE REPUBLICANS ARE UNITING BEHIND LINDSEY GRAHAM’S BILL THAT WOULD EFFECTIVELY *END* YOUR 2A RIGHTS.

This Red Flag Gun Confiscation bill, based on a prototype drafted by the anti-gun Giffords Organization, would send SWAT teams to your door to steal your guns with NO REAL DUE PROCESS WHATSOEVER.

This is our promise to you — we will fight until the very last vote is cast to destroy this atrocious bill, but we’re going to need voters like you to help turn up the heat on the Senate GOP.

But early reports are that the anti-gun Left is generating THOUSANDS of phone calls into the offices of weak-kneed Republican Senators.

We need your help countering the Left’s efforts and turning up the heat on Republican Senators. They need to know that America does NOT want these dangerous gun control proposals that will be considered any day now in the Senate!

Please send our pre-written letter to EVERY SINGLE Republican Senator’s inbox telling them that if they vote to end the Second Amendment, American voters will NEVER FORGET it.

Gun Owners of America has already vowed to support a primary challenger to Lindsey Graham because he is introducing this bill. And we will take note of any and all Republicans who join him in shredding the Second Amendment.

I cannot overstate how dangerous this legislation would be.

This bill would create a federal “bribe pot” to encourage states to pass Red Flag Gun Confiscation bills. This means SWAT teams would be empowered to show up at innocent Americans’ doorsteps, demanding they fork over their guns, all because they’ve been named a suspected danger to our society.

This is exactly what happened to an African-American gentleman living in Maryland. After a family argument, an angry relative got revenge against Gary Willis by using the state Red Flag Gun Confiscation law to send police to his door. The authorities showed up at 5:17 a.m. and shot him to death.

Giving government agents the power to confiscate firearms, while throwing due process out the window, is the path to tyranny our Founding Fathers warned us about. And the cowardice of a few politicians who care more about the media’s opinions than what is right and true will get us there.

And to add insult to injury, Lindsey Graham is downright lying to the American people when he says that this bill would recognize due process.

If that were the case, his bill could not fund ANY state program currently on the books or any program being considered by any state legislature. Because not one state with red flag gun grabs currently includes due process prior to seizing a gun owners’ firearms!

Point blank: we need to end this bill now before it ends the Second Amendment.

Please send our pre-written letter to EVERY SINGLE Republican Senator’s inbox telling them that if they vote to end the Second Amendment, American voters will NEVER FORGET it.

GOA Not Happy That Trump Is Supporting Red Flag Laws