Representatives Vote to Hold the Attorney General in Contempt of Congress

The House of Representatives today voted to hold Attorney General Eric Holder in contempt of Congress by a 255-to-67 vote.  Seventeen Democrats crossed party lines to support the contempt citation, which represents the first time in U.S. history that a house of Congress has ever taken such action against an Attorney General. 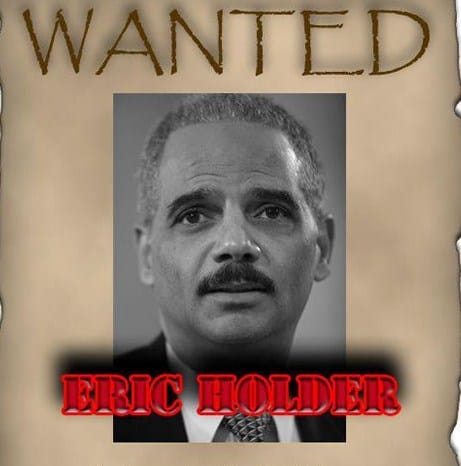 Let’s be clear:  Operation Fast & Furious was all about the Obama administration’s attempt to make a case for gun control.

Columnist Ann Coulter summarized this quite well yesterday when she said, “Administration officials intentionally put guns into the hands of Mexican drug cartels, so that when the guns taken from Mexican crime scenes turned out to be American guns, Democrats would have a reason to crack down on gun sellers in the United States.”

This is precisely what internal ATF documents reveal.  In her groundbreaking report last December, Sharyl Attkisson of CBS News quotes one law enforcement official who put the administration’s duplicity quite succinctly:  “It’s like ATF created or added to the problem [by helping run guns south of the border] so they could be the solution to it and pat themselves on the back.”

Of course, that “solution” was nothing other than new gun control regulations — such as the gun registration requirements the Obama administration unilaterally imposed last year in the four southwestern states.

Hence, at its core, Operation Fast & Furious was intended to foster “gun walking” in order to create the perceived need for gun control.  In February of last year, the Obama administration sent a letter to Congress denying this and falsely claimed they were not helping to “walk” guns south of the border.

But in December, after further whistleblowers came forward and more documents were revealed, the administration had to retract the February letter.

Part of what House investigators are now seeking relates to documents describing the internal deliberations between Justice Department officials, and why they decided to abandon the claims made in the February letter and to change their story ten months later.

Further complicating matters for House investigators like Rep. Darrell Issa (R-CA) is the fact that President Obama has exerted executive privilege over the documents and is refusing to turn them over.

This even has many Democrats concerned.

Georgia Democrat Rep. John Barrow explained his vote for the contempt citation, stating that “the Attorney General has decided to withhold relevant documents. The only way to get to the bottom of what happened is for the Department of Justice to turn over the remaining documents, so that we can work together to ensure this tragedy never happens again.”

And Utah Democrat Rep. Jim Matheson (UT) also explained his vote, stating that, “The Terry family, the public and Congress deserve answers. Sadly, it seems that it will take holding the Attorney General in contempt to communicate that evasiveness is unacceptable.”

Make no mistake about it — it’s been a long, hard road getting the Congress to act like it did today.  GOA had heard whispers on Capitol Hill — and seen articles in the media — indicating that the House leadership was initially cool to the idea of holding the Attorney General accountable in an election year.

That’s why your involvement — keeping this issue on the front burner for so many months — has been so crucial.  You moved the House leadership to move this contempt citation to the floor today and to make history.

Today’s action has set into place a series of events that could result in Eric Holder being held in contempt of court and, ultimately, land him in jail if he continues to hide documents related to Operation Fast & Furious.

Again, thanks again for every phone call you have made and every email you have sent!

Please stay tuned for further updates and make sure you check out our Facebook page and “like” us.  We are almost at 100,000 supporters … so help us get over the hump!

UN Gun Grabbers Hard at Work Against Your Gun Rights