UN Gun Grabbers Hard at Work Against Your Gun Rights

Even as Americans prepare to celebrate Independence Day, UN bureaucrats are hard at work plotting to take away your gun rights.

The UN Arms Trade Treaty, which is in the final stages of being drafted, is a backdoor attempt by the Obama administration to impose radical gun control on America citizens.

What can U.S. gun owners expect from the treaty?  For starters, the treaty could:

* Require the registration and licensure of American firearms;

* Require the mandatory destruction of surplus ammo and confiscated firearms;

* Define manufacturing so broadly that any gun owner who adds an accessory such as a scope or changes a stock on a firearm would be required to obtain a manufacturing license, and;

What’s more, the treaty could also be self-executing, meaning it would achieve its anti-gun objectives whether or not implementing legislation was passed by Congress.

The battle is heating up, and the media are starting to take notice.  Just today, GOA’s Larry Pratt appeared on Fox News with Megyn Kelly to discuss the UN treaty.  You can view the video here. 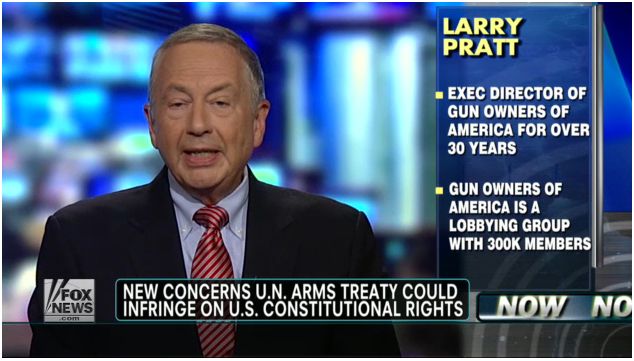 Gun Owners of America has rallied the Senate opposition to this global gun grab.  GOA worked with Sen. Jerry Moran (R-KS) to get other Senators on record opposing the treaty.  We are also pushing legislation to defund the Obama administration’s role in pushing the UN gun control agenda.

Negotiations on the treaty will continue through the summer, a time when many Americans are not necessarily focused on politics.  But we can’t let up the pressure fighting this backdoor gun ban attempt by Obama, Hillary Clinton, and international gun grabbers.

Thanks to your support, GOA will continue to lead the fight against the Arms Trade Treaty.  Click here to help GOA defeat the UN gun control agenda.

And most importantly, as we celebrate liberty and the birth of our nation, please have a safe and happy Independence Day.