Congressman Byrne led 120 of his House colleagues in filing a brief before the Supreme Court in support of the right to bear arms.

Congressman Byrne: “Our Constitution is clear: the right to bear arms shall not be infringed. With the Supreme Court set to take up the first significant Second Amendment case in nearly ten years, this will be the first time that President Trump’s nominees, Justices Gorsuch and Kavanaugh, will get a chance to rule on the Constitutional right to bear arms. 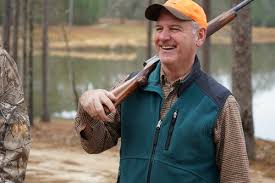 “It is vital that the Court use this opportunity to rein in out of control liberal legislatures and judges who are trying to destroy the Second Amendment rights of Americans.

“The Second Amendment enshrines an individual and fundamental right of citizens to protect themselves from violence and tyranny. Courts should block attempts to restrict those rights based on disingenuous arguments like those made by the City of New York. My colleagues and I call on the Supreme Court to uphold the Constitution and protect the rights of American citizens to own firearms.”…

Erich Pratt, executive director, GOA: “Gun Owners of America thanks Rep. Bradley Byrne for his efforts in drafting an excellent and thorough amicus brief for Members of Congress.

“Gun owners across the country — especially those ‘behind enemy lines’ living in anti-gun states — are rejoicing that the Supreme Court is taking up a Second Amendment case. For far too long, judges have ignored the Second Amendment, along with the Heller and McDonald decisions, instead employing a ‘balancing’ test that effectively leaves gun owners in anti-gun states with a second-class right to keep and bear arms.

“Rep. Byrne’s brief shows the Supreme Court that New York City’s laws are a massive violation of Second Amendment-protected rights and will not be tolerated by the elected representatives of the people any longer.”