10 Years Later: How This Landmark SCOTUS Case Set The Stage For Gun Rights In America

On June 26, 2008 — 10 years ago today — the Supreme Court of the United States ruled in the District of Columbia v. Heller case in a 5-4 decision. The Court ruled that “the Second Amendment protects an individual’s right to own a firearm unconnected from service in a Militia and that a firearm may be used in a traditionally lawful purpose, such as for self-defense in the home.”

About The Case
From the Supreme Court’s case summary:

District of Columbia law bans handgun possession by making it a crime to carry an unregistered firearm and prohibiting the registration of handguns; provides separately that no person may carry an unlicensed handgun, but authorizes the police chief to issue 1-year licenses; and requires residents to keep lawfully owned firearms unloaded and disassembled or bound by a trigger lock or similar device. Respondent Heller, a D. C. special policeman, applied to register a handgun he wished to keep at home, but the District refused. He filed this suit seeking, on Second Amendment grounds, to enjoin the city from enforcing the bar on handgun registration, the licensing requirement insofar as it prohibits carrying an unlicensed firearm in the home, and the trigger-lock requirement insofar as it prohibits the use of functional firearms in the home. The District Court dismissed the suit, but the D. C. Circuit reversed, holding that the Second Amendment protects an individual’s right to possess firearms and that the city’s total ban on handguns, as well as its requirement that firearms in the home be kept nonfunctional even when necessary for self-defense, violated that right. 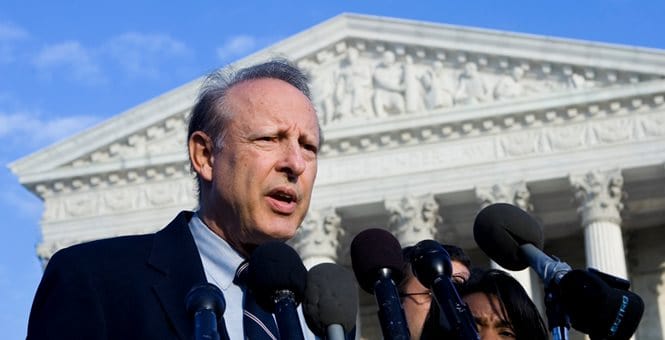 The Supreme Court ruled in Heller’s favor, saying “the Second Amendment protects an individual’s right to own a firearm unconnected from service in a Militia and that a firearm may be used in a traditionally lawful purpose, such as for self-defense in the home.”…

The term “militia” has been a heavily-debated but SCOTUS ultimately decided the following:

The “militia” comprised all males physically capable of acting in concert for the common defense. The Antifederalists feared that the Federal Government would disarm the people in order to disable this citizens’ militia, enabling a politicized standing army or a select militia to rule. The response was to deny Congress power to abridge the ancient right of individuals to keep and bear arms, so that the ideal of a citizens’ militia would be preserved.

The District’s total ban on handgun possession in the home amounts to a prohibition on an entire class of “arms” that Americans overwhelmingly choose for the lawful purpose of self-defense. Under any of the standards of scrutiny the Court has applied to enumerated constitutional rights, this prohibition—in the place where the importance of the lawful defense of self, family, and property is most acute—would fail constitutional muster. Similarly, the requirement that any lawful firearm in the home be disassembled or bound by a trigger lock makes it impossible for citizens to use arms for the core lawful purpose of self-defense and is hence unconstitutional. …

The date of June 26, 2008, was a great day for freedom. Because it was on that day — ten years ago — that the highest court in our land recognized the individual right of decent people to own a firearm for protection.

GOA submitted a hard-hitting amicus brief to the Supreme Court prior to the decision. In fact, after looking at all the briefs which were submitted in the Heller case, the editors at USA Today decided to use GOA for their “Opposing Voice” on March 19, 2008.

The paper’s editors told our attorneys that GOA had an argument that was clearly distinctive, as were the only ones to argue that the words “shall not be infringed” invalidated all federal gun control laws.

But that’s not the only reason the GOA brief was so hard-hitting. Our brief also presented the greatest reason for the right to keep and bear arms, stating that “the Second Amendment right is to be exercised as a last resort to guard against tyranny.” You can imagine our delight when we saw the Supreme Court echo this concept on pages 24-25 of the Heller decision.

The Court said that when the citizens of a nation are armed, ‘they are better able to resist tyranny.’ The pages of our own history clearly show this to be true. The Heller decision set in motion a series of events that eventually resulted in several gun bans being repealed or struck down from coast-to-coast.

And, of course, the Heller decision was instrumental in setting the table for the McDonald decision in 2010 — a decision that made it clear that states and localities are NOT at liberty to infringe upon a fundamental liberty such as the right to keep and bear arms.

Obviously, Heller was not the end of the fight. There are still many judges who are ignoring the Heller decision and who, quite frankly, ignore the Second Amendment, as well. And so we continue to fight for our freedoms — in the courts, in the Congress, and in state legislatures across the country.