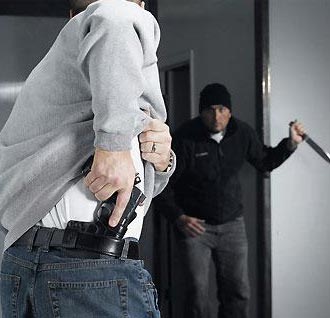 YAKIMA (AP) — Yakima police are investigating after several masked suspects broke into a home and one was shot by the homeowner.

The homeowner detained one of the suspects and shot at two others as they fled.