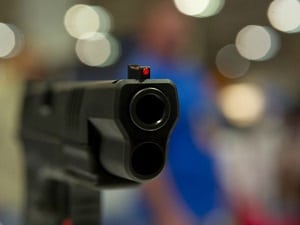 Law enforcement officers in Marion, Arkansas, say a woman in her late 80s shot and killed a 19-year-old intruder Sunday morning around 3:30 a.m.

The 19-year-old, Cody Smith, allegedly “advanced toward” the woman and ignored her warnings to stop.

According to WREG, the Crittenden County Sheriff’s Office said they received a call from an home alarm company after an burglary alarm sounded at 3:31 a.m. When deputies arrived on scene the woman told them Smith had “forcefully entered” her home.

Smith died from his gunshot wounds.