Written by Anna Johnson, The News and Observer Published: 30 March 2020 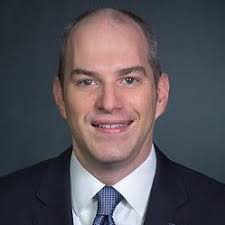 Wake County is reversing its stance on whether gun stores can remain open during the coronavirus pandemic.

But Wake County Commissioner Chair Greg Ford said the county is not changing its stay-at-home order because gun advocacy groups complained about it.

‘These are routine updates as circumstances change,” he said.

Wake, Durham and Orange counties did not list gun stores as essential in their stay-at-home orders, which restrict people to their homes except for essential jobs and tasks like getting food or seeking medical care.

But all three of the orders did say that workers and businesses defined in a March 19 memo from the U.S. Department of Homeland Security, Cybersecurity Infrastructure & Security Agency would be considered essential.

On Saturday — and after the local orders were issued — the federal department updated its list of essential workers to include “workers supporting the operation of firearm or ammunition product manufacturers, retailers, importers, distributors, and shooting ranges.”

“This list is advisory in nature,” the memorandum stated. “It is not, nor should it be considered, a federal directive or standard.”

“Individual jurisdictions should add or subtract essential workforce categories based on their own requirements and discretion” it stated.

The county will update its order within 24 hours, Ford said Monday afternoon, to follow the guidance coming from the federal government.

“I think they are denying people the ability to protect themselves,” Valone said.

“We are not going to reconsider gun store sales,” he stated in an email. “Like all non-essential retail businesses, they are to cease operations immediately.”

The city included the federal government’s guidelines in its order, but not the “overly inclusive“ list, Schewel stated. The order also regulates other businesses considered essential in the memo, for example, allowing real estate businesses to operate for some purposes but not others, he stated.

In an email Monday, Valone said they were waiting to see what Wake County did before contacting others including Durham and Orange.

Read more at The News and Observer