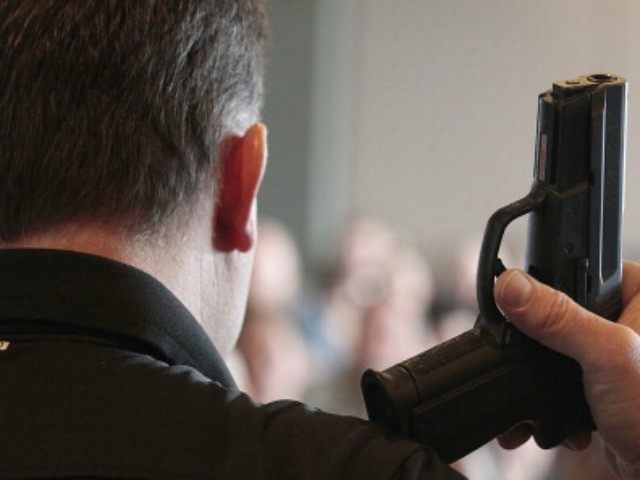 The bill could also force states and federal agencies to classify more Americans as “fugitives,” or too mentally unstable, barring them from gun ownership, Massie told LifeZette.

The bill could be rolled into H.R. 38 this week, said Massie, and a vote in the House is expected Wednesday. The reciprocity law would allow people to travel to other states with concealed weapons, so long as they have a permit in their home state.

So while gun owners are excited to get national reciprocity for their concealed weapons — in all 50 states — they won’t like what’s been added to the bill.

“They’re going to get a little bit of gun control in the mix with it,” Massie said on Monday, in a phone call to LifeZette. “States and federal agencies will be coerced to put more names in the database.”

The congressman said he is perplexed as to why Republican leadership in the House and the Senate is rushing to enhance NICS, when former President Barack Obama used the system to bar gun ownership based on what Social Security reported to the database on mental disabilities.

Massie said he even suspects concealed carry could be stripped out of the final bill, the apparent aim of Feinstein and Schumer all along.

“The bill will advance former President Obama’s agenda of pressuring every branch of the administration (such as the Veterans Administration) to submit thousands of more names to the NICS background-check database to deny gun purchases,” Massie wrote. “It spends over half a billion dollars to collect more names to include in a list of people who will never be allowed to own a firearm. It compels administrative agencies, not just courts, to adjudicate your Second Amendment rights.”

The database bill is often nicknamed the Fix-NICS bill. And Massie isn’t the only one complaining.

The database also has had many problems in the past, according to a Friday website post by Erich Pratt, the executive director of Gun Owners of America.

Pratt said 95 percent of the denials of gun rights by the NICS database are “false positives.”

Pratt said the database has prevented 257,000 veterans from owning a gun.

“The Fix-NICS would require that the rolls of Social Security, Medicare, Medicaid, CHIP, and Obamacare be trolled for recipients with PTSD, ADHD, or Alzheimer’s,” Pratt wrote.

[Gun Owners of America did not advocate for final passage of the House bill and has encouraged the Senate to pass a stand-alone reciprocity bill, which does not contain a Traffic Ticket Gun Ban.]