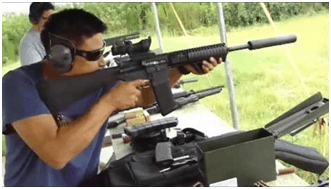 He is hoping to get 100,000 signatures for each, which, under previous White House policies, would force the administration to respond.

As you know, these are also longstanding goals of Gun Owners of America, which has, in the past, drafted legislation to achieve both of these objectives.

In view of the David Olofson prosecution, which imprisoned a law-abiding gun owner for a malfunctioning semi-automatic — and the recent conviction of two Kansas residents who possessed suppressors, even though they were in full compliance with Kansas’ Second Amendment Protection Act — the abuses of these two statutes are becoming clearer by the day.

The deadline for signatures is February 19.