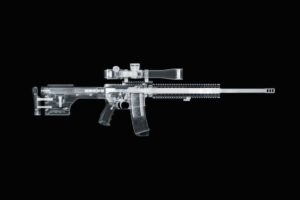 “On April 1, about 250,000 gun-rights sympathizers received an email from the Gun Owners of America [warning,] ‘The media has been reporting that the N.R.A. is working’ with Manchin….

“A few days after the Gun Owners of America’s mass email, Cox and Baker stopped communicating with Manchin’s office…. The phones soon began to ring throughout Senate office buildings, jamming up the lines in front offices and rolling over into those on many staff members’ desks.”

Given [the] overwhelming public support for universal background checks, even the N.R.A. was braced for the passage of some version of [Sen. Joe] Manchin’s gun-control bill. But no version did pass. Four months after the Newtown shooting, on April 17, the bill failed to win the necessary votes to make it through the Senate….

That kind of instant, frenetic backlash is precisely what occurred during the spring of 2013, when word began to leak out that the N.R.A.’s top lobbyists were once again in the back room discussing gun legislation.…

On April 1, about 250,000 gun-rights sympathizers received an email from the Gun Owners of America, which promotes itself as “the only no-compromise gun lobby in Washington.” The email warned, “The media has been reporting that the N.R.A. is working” with Manchin. It concluded, “If you are an N.R.A. member, contact them,” and helpfully supplied the N.R.A. phone number, directing recipients to address their grievances to Wayne LaPierre.

The Gun Owners of America and the National Association for Gun Rights each has less than a tenth of the N.R.A.’s reported five million members and each has only one full-time lobbyist (the N.R.A. has more than a half-dozen federal lobbyists alone).

Yet, as two people connected to the N.R.A. acknowledged to me, extreme gun groups can influence the N.R.A. simply by casting it as the establishment organization, much as Tea Party candidates have pushed mainstream Republican incumbents farther to the right. That would seem to be what occurred in the case of the Manchin-Toomey bill. For it was immediately following pressure from the hard-liners that the N.R.A. lobbyists suddenly and without notice backed away from the background-checks bill.

A few days after the Gun Owners of America’s mass email, Cox and Baker stopped communicating with Manchin’s office. (The N.R.A. denies that its withdrawal from the process was a result of pressure from other gun groups.) On the afternoon of Monday, April 15, Manchin was surprised to learn about an email that the N.R.A. had sent to his Senate colleagues. The email (a similar version of which went out to N.R.A. members) ended any pretense of neutrality by announcing that the organization would vehemently oppose the Manchin-Toomey bill. In addition, the organization said it would “score” the vote — meaning, it would factor into its election-year grading system how each senator voted on the bill. (In some conservative states, an N.R.A. grade can be determinative; as one former legislator told me, “When you come from a state like mine, you’d better be with them 100 percent.”)

Aghast, Manchin got Jim Baker on the phone. “Jim, why’d you change?” he recalls asking. Rather than answer the question, Baker simply replied: “We’re totally opposed to it. We’re going to be fighting it with all we have.”

The phones soon began to ring throughout Senate office buildings, jamming up the lines in front offices and rolling over into those on many staff members’ desks. In Pat Toomey’s office, the calls ran nine to one against the bill. In Manchin’s office, the ratio was 200 to one in opposition, with many citing the fear that the bill would lead to a national registry despite the provision that explicitly made it a felony to do so.

The N.R.A. enlisted the aid of a paid phone-calling organization to mobilize its members by forwarding willing participants directly to their senators’ phones. Regardless of what prompted the calls, what Senate staff members heard was the distinct and fevered outcry of a single-issue constituency with every intention of echoing its wrath at the ballot box. This was the N.R.A.’s base in action.

Manchin stepped up his personal lobbying. He and his other allies, like Gabby Giffords and her husband, Mark Kelly, quickly recognized that the gun bill wasn’t being viewed in isolation. Sometimes that worked in their favor. While visiting their Arizona friend John McCain, Giffords and Kelly were two minutes into their pitch on the background-checks bill when McCain interrupted them: “Oh, yeah, yeah, of course. I’m with you. Now, immigration? I’m going to need your help.”

But for several other undecided senators, the gun bill constituted one political burden too many. This was evident during a meeting between Rob Portman, who is a Republican senator from Ohio, and several parents of the slain Newtown children…. By the spring of 2013 it had become axiomatic in the Senate that among the three incendiary social issues of the moment — gun restrictions, same-sex marriage and comprehensive immigration reform — a moderate Democrat could afford to vote for two of them, and a conservative Republican only one. Portman had already selected his hot-button issue.

From The Agency That Brought You Fast & Furious: More ATF Scandals