No Federal Power over Guns, Even if the 2nd Amendment Never Existed

No Federal Power over Guns, Even if the 2nd Amendment Never Existed 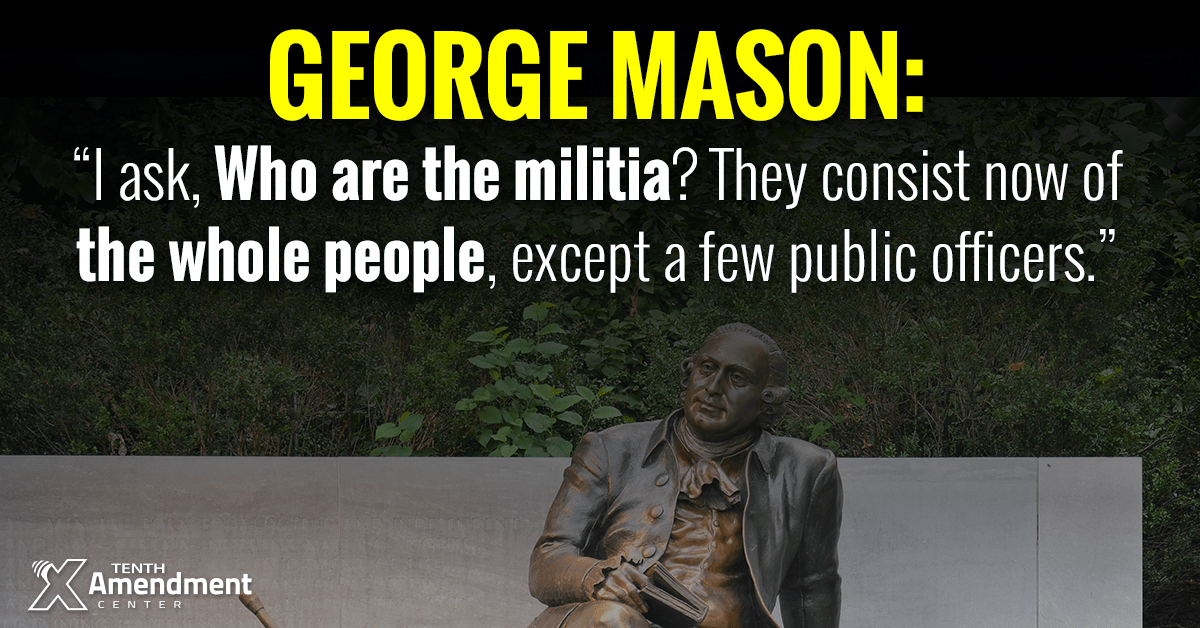 Proponents of federal gun control have seized upon the most recent shooting to advance their agenda, predictably trotting out the same worn narratives.

Chief among these we find the argument that the Second Amendment was only intended to protect a “corporate” right of the “people” to keep and bear arms, and that it was meant to apply only to militia service.

I’ve covered the relationship between the Second Amendment and the militia in my Constitution 101 series, explaining the militia was not an exclusive body of people, and it certainly wasn’t the National Guard, which was not established until 1903. As George Mason explained it, the people were essentially the militia.

I ask, Who are the militia? They consist now of the whole people, except a few public officers.”

But for the sake of argument, let’s accept a narrow interpretation of the Second Amendment. Let’s assume it only relates to service in the militia.

The federal government still has no authority to regulate firearms.

As I explained in my Constitution 101 article on the Second Amendment, the Constitution only delegates specific powers to the federal government. The enumeration of certain powers logically excludes all powers not listed. Designato unius est exclusio alterius is a legal maxim meaning, “the designation of one is the exclusion of the other.” You will find no authority to regulate firearms or ban certain types of weapons in the Constitution. The supporters of the Constitution consistently argued that the federal government would not possess the authority to exercise any power not explicitly given.

As a condition of ratification many states insisted on a Bill of Rights, including amendments to make this rule of construction explicit. The result was the Ninth and Tenth Amendments.

So, even if the Second Amendment was never ratified, or if we accept the very narrow application preferred by progressives, the federal government still cannot infringe on the individual right to self-defense.

The Ninth Amendment was ratified to ensure that listing certain rights in the Bill of Rights would not be construed as all-inclusive.