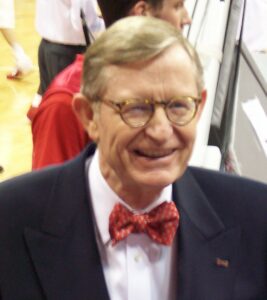 Legislation to allow concealed carry of firearms on all West Virginia public college and university campuses is causing debate about whether the bill would put students in harm’s way or make them safer.

E. Gordon Gee, the president of West Virginia University, wrote a letter to members of the state Senate to reject the proposal because it would prevent the university from setting its own restrictions on firearms. He said the university has well-trained law enforcement staff who keep students, faculty and other employees safe.

“We believe that deadly weapons have no place on our campuses, except in the hands of law enforcement personnel or others authorized by the University,” Gee wrote in his letter. “And we have always believed that local control by our Board of Governors is the best basis for decisions about security on our campuses around the state.”

Many gun rights groups have argued against that narrative. Erich Pratt, the senior vice president of Gun Owners of America, told The Center Square that allowing concealed carry on campus would make students and faculty safer.

“GOA supports removing prohibitions on lawful carry on college campuses,” Pratt said. “Gun-free zones turn students, professors and staff into targets for evildoers. West Virginia’s colleges should look to Liberty University, which allows concealed carry on campus. Not surprisingly, LU is often ranked as one of the safest universities in Virginia.”..

Read more at The College Fix