The clash in Virginia over gun control has reached a new level, with proponents of a gun “sanctuary” movement urging active resistance to Democratic proposals in Richmond, citing the arguments that led to the American Revolution. 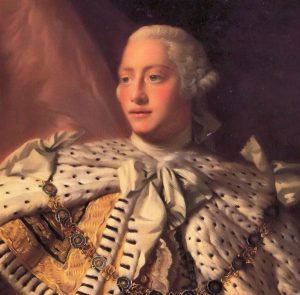 “Resistance to illegal and unauthorized government acts is not new,” said two leaders of the movement in noting the decisions by the Founding Fathers to sign the Declaration of Independence that challenged Great Britain and King George III.

“This doctrine is, in fact, foundational to our form of government. Indeed, the Declaration of Independence is a document of interposition, between the American colonists and a tyrannical King George III. Its signatories — the people’s representatives — pledged to one another ‘our Lives, our Fortunes and our sacred Honor,’ believing that they most likely would be tried and executed for treason against the crown,” said the new memo from the Virginia Citizens Defense League and the Virginia-based Gun Owners of America Inc…

“Should the government in Richmond act lawlessly, then local officials and the people they represent will not cooperate and may take steps to actively resist,” said the letter.

Herring last week issued an opinion that the resolutions have no legal effect. What’s more, he said that local governments must give in to the state government.

“All localities, local constitutional officers, and other local officials are obligated to follow duly enacted state laws,” he wrote. “It is my opinion that these resolutions have no legal effect,” he added.

The sanctuary leaders, however, called the potential Virginia gun control laws a violation of the Second Amendment and cited Revolutionary War-era heroes who fought oppressive control.

The two groups also noted that Northam and Herring have in the past ignored mandates.