One the biggest roadblocks to Constitutional Carry in Virginia is State Senator Emmett Hanger, who is in the 24th Senate District. 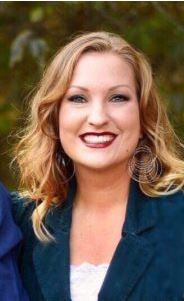 Hanger currently represents a solid Republican district — which voted nearly 70% Republican in the last Presidential election — but he votes with anti-gun Democrats.

In fact, he voted to kill Constitutional Carry three years in a row!

And this is at a time when more states are rushing to become Constitutional Carry, including our neighbors to the west, Kentucky and West Virginia.

Fortunately, Hanger has a challenger who will be a champion for the Second Amendment, Tina Freitas.

A stalwart defender of liberty, Tina will take on the extreme Leftist agenda that’s gaining ground in Richmond.

Tina returned a perfect survey to GOA, 100 percent in favor of your gun rights.

She’ll be a strong advocate for Constitutional Carry in the state senate, not a roadblock.

This is why Gun Owners of America is backing Tina Freitas for Senate.

Even if you live outside of Virginia’s 24th Senate District, Tina will be fighting for you.  You can help defeat the worst anti-gun Republican in the Commonwealth by supporting Tina with a contribution.

And if you live in the Senate District, be sure to tell all your friends that we have an opportunity to elect a strong pro-gun champion in the June 11th Republican primary.