Written by Lloyd Billingsley Published: 30 May 2017 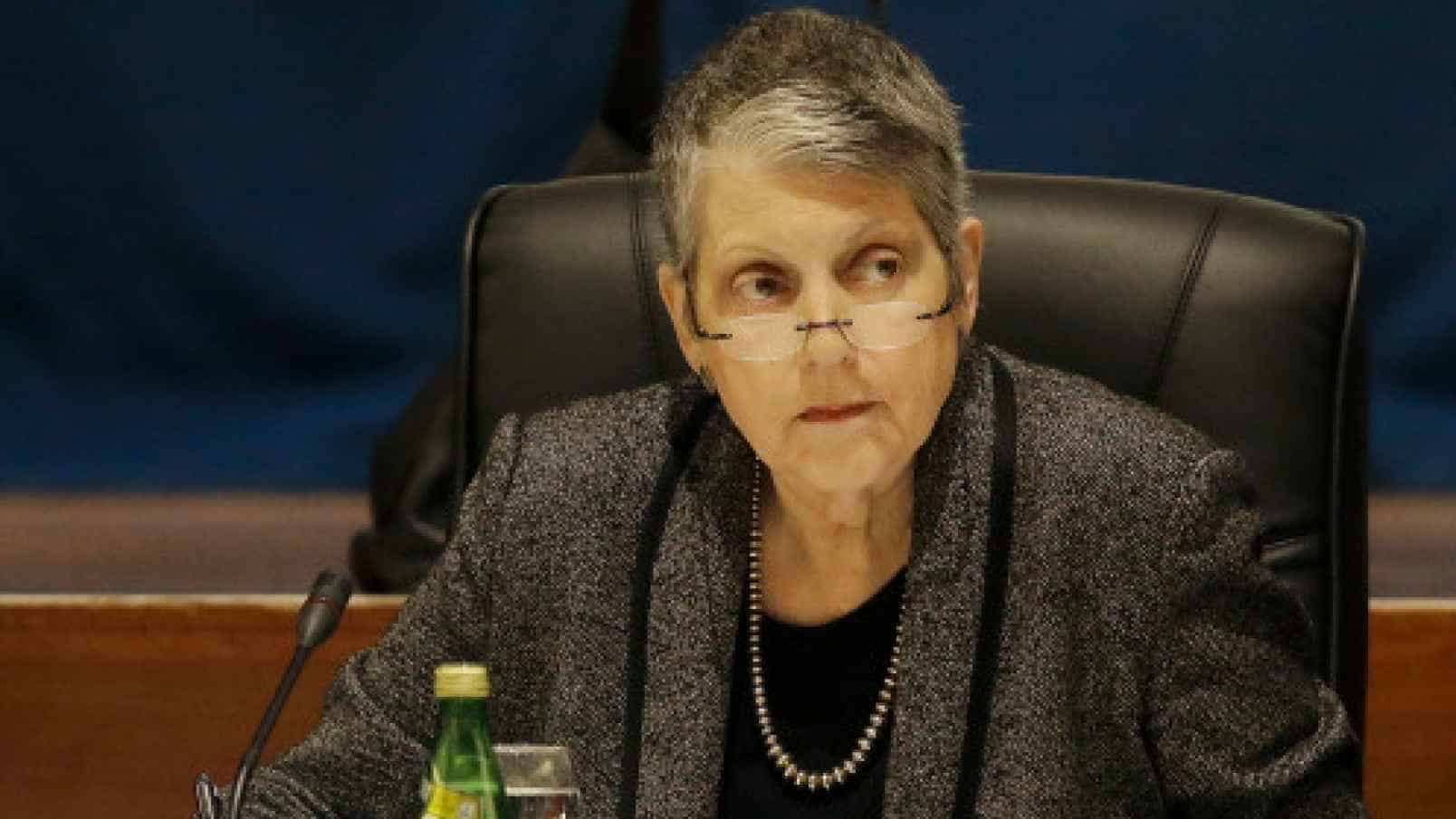 Janet Napolitano’s politburo is corrupt and incompetent as the UC president herself.

University of California president Janet Napolitano stashed away $175 million in a secret slush fund while publicly beating the drum for tuition and fee increases. Napolitano interfered with state auditors, prompting UC students and workers to call for her arrest and Democratic legislators to demand her resignation. For their part, the UC regents publicly defended Napolitano, and it has now emerged how the regents responded to students and worker protests.

The night of the protest, May 17, CBS News reported, “the regents threw a $15,199 party at San Francisco’s elegant Palace Hotel for 59 people – a $258-a-head event also billed to the university.” Back in January, the night before they voted to raise tuition, the regents hosted a $17,600 banquet, one of many such events in recent years.

While planning to jack up tuition 28 percent in 2014, the regents threw an $8,000 party, and the year before, during a financial crisis, they blew $15,600 on a feast. According to the San Francisco Chronicle, Napolitano’s office has reimbursed the regents for more than $225,000 in dinner parties since 2012. What the regents have to celebrate remains unclear to many observers.

State auditor Elaine Howle not only uncovered the president’s $175 million slush fund, she also questioned the performance of the regents in their oversight of Napolitano’s office. The state auditor recommended that the legislature could increase accountability by taking over the regents’ job. True to form, the regents found no fault whatsoever with president Napolitano.

“There has been no criminal activity and no slush funds,” according to regent Sherry Lansing, a former movie executive. She blasted “distortions” in the media, hailed Napolitano’s “wisdom and integrity,” and proclaimed, “her leadership has been incredible.”

As Stephen P. Halbrook noted in Gun Control in the Third Reich: Disarming the Jews and “Enemies of the State,” the Nazis also wanted to know “who owns guns” and they ruthlessly suppressed firearm ownership by disfavored groups. At the University of California, that means conservatives.

As Rachel Alexander showed in “Napolitano Leaving DHS Under Cloud of Suspicion,” Janet Napolitano was “known in Arizona for her backroom deals and ruthless targeting of conservatives, a pattern she continued as DHS chief.” Napolitano released reports singling out conservatives as dangerous extremists, in her view the sort of person citizens should report to the government.

As DHS chief, Napolitano failed to secure the borders and enforce immigration law. As Alexander notes, “Napolitano also enacted a Dream Act-style policy giving young illegal immigrants a reprieve.” She continued that type of policy as president of the University of California, founding and funding the UC Center for Undocumented Student Legal Services, barring campus police from cooperating with federal authorities, and granting illegals in the UC system a $25.2 million aid package running through 2019.

After approving steep tuition and fee hikes, the regents celebrate by throwing a $15,000 bash in San Francisco. Embattled UC students take note: your once-great university is now a big-time party school and the regents are on permanent spring break.