Two Views: Best way to protect yourself is by carrying a gun

Life is precious. Your life is precious, and you probably protect it every day in small, ordinary ways: you give yourself food and water, use a seat belt, get some sleep (but probably not enough), and look both ways before you cross a street. 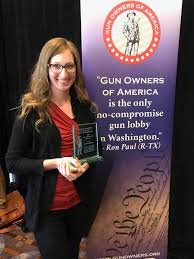 But we need to talk about something that may be uncomfortable: protecting your life from evil people who try to end it.

Why is this uncomfortable? It shows our vulnerability. Violent attacks like the recent one in El Paso demonstrate that life is fragile and can easily be snuffed out by angry, demented people.

Many responses call on government to solve the problem of mass shootings because it’s easier to point the finger and demand that someone else fix the problem than to take personal responsibility.

But I suggest that you consider what you can do to protect your own very precious life.

And I suggest that you consider carrying a gun.

Numerous studies show guns are used far more often as a tool to protect innocent life than as an instrument to harm it. Carrying a gun is a serious responsibility, but it offers a fighting chance at saving your own life.

Unfortunately, it’s harder for you to legally carry in Texas than it is in 31 other states. That’s because Texas requires you to obtain a permit to carry a handgun outside of your property or vehicle — even if you legally own the gun and have no criminal background.

Texas’ permit requirement stems from an elitist, racist scheme implemented during Reconstruction to try to let only white people have tools to defend themselves. It’s time for Texas to get rid of this absurd Jim Crow-era law that slaps criminal penalties on a person who peacefully carries a gun to protect her family but hasn’t jumped through all the hoops that Texas requires.

The best policy solutions are those that reduce barriers for peaceful Texans who simply want to acquire the best tools for defending themselves. Laws that try to make gun ownership or gun carry harder only hurt the law-abiding, especially the poor, as the certification class and other permitting costs can easily reach $150. No matter what gun bans we enact, criminals have no problem breaking the law and will always find a way to carry out their evil plans.

Instead of giving airtime to despicable killers, let’s talk about the everyday people who use guns to save lives. There’s the Tulsa woman who used her handgun in April to kill an attacker who was literally on her back. And the 20-year-old Houstonian who used an AK-47 to kill three men and wound two others who broke into his home in January. And an Arlington man who used his concealed handgun to kill a shooter who opened fire in a sports bar.

These and hundreds of thousands more each year have chosen to be ready to protect themselves. I hope you, too, are willing to take whatever steps are necessary to defend yourself — including considering carrying a gun for your own safety.

Your life is valuable, and it’s worth protecting.

Malone is the Texas director of Gun Owners of America.

Read more at the Statesman