While Americans know that guns take many innocent lives every year, many don’t know that firearms also save them.

On May 15, an attacker at an apartment complex in Fort Smith, Ark., fatally shot a woman and then fired 93 rounds at other people before a man killed him with a bolt-action rifle. Police said he “likely saved a number of lives in the process.”

On June 30, a 12-year-old Louisiana boy used a hunting rifle to stop an armed burglar who was threatening his mother’s life during a home invasion.

On July 4, a Chicago gunman shot into a crowd of people, killing one and wounding two others before a concealed handgun permit holder shot and wounded the attacker. Police praised him for stepping in.

These are just a few of the nearly 1,000 instances reported by the media so far this year in which gun owners have stopped mass shootings and other murderous acts, saving countless lives. And crime experts say such high-profile cases represent only a small fraction of the instances in which guns are used defensively. But the data are unclear, for a number of reasons, and this has political ramifications because it seems to undercut the claims of gun rights advocates that they need to possess firearms for personal protection — an issue now before the Supreme Court. 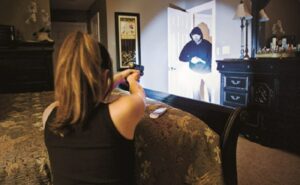 Americans who look only at the daily headlines would be surprised to learn that, according to academic estimates, defensive gun uses — including instances when guns are simply shown to deter a crime — are four to five times more common than gun crimes, and far more frequent than the roughly 20,000 murders or fewer each year, with or without a gun. But even when they prevent mass public shootings, defensive uses rarely get national news coverage. Those living in major news markets such as New York City, Washington, D.C., and Los Angeles are unlikely to hear of such stories…

“Nobody who has done their homework on defensive gun use could possibly believe reading news articles accurately captures anything but an infinitesimal share of defensive gun uses,” Tomislav Kovandzic, an associate professor of criminology at the University of Texas at Dallas, told RealClearInvestigations. “The only way to measure defensive gun uses is with surveys. While there is no such thing as a perfect measure of anything, the fact that they consistently show large numbers of defensive gun uses can’t be ignored.”

The U.S. Department of Justice’s National Crime Victimization Survey indicates that around 100,000 defensive gun uses occur each year — an estimate that, though it may seem like a lot, is actually much lower than 17 other surveys. They find between 760,000 defensive handgun uses and 3.6 million defensive uses of any type of gun per year, with an average of about 2 million.

The difference between these surveys arises from the screening questions. The National Crime Victimization Survey first asks a person if they have been a victim of a crime. Only respondents who answer “yes” are asked if they have ever used a gun defensively…