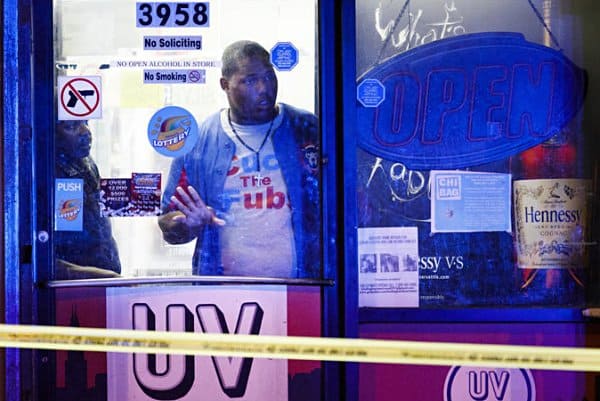 At one point in a wild weekend in Rahm’s Wild West, thirty people fell to (mostly gang-related) gunfire, nine fatally, in the span of 18 hours. Contrast that with 54 percent of American counties that didn’t see so much as a single homicide in 2014.

The Chicago Tribune has the story of Mr. Cooper’s mid-afternoon death.

A 58-year-old husband, father and community activist was shot dead Saturday afternoon — less than a block from the anti-violence organization where he worked on the South Side (Ed: pictured above), his family and police said.

Willie Cooper was walking in the 100 block of West 95th Street when a dark-colored vehicle approached and someone inside fired, hitting Cooper in the mouth and torso about 4:15 p.m. Saturday, police and family members said.

Do Guns Kill People? Watch this ? LIVE feed for yourself…