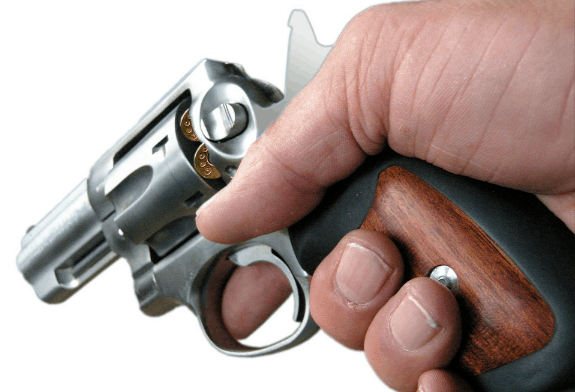 If devices that “increase the rate of fire” are regulated or banned, then a Pandora’s box of gun control is opened.

Gun controllers like Nancy Pelosi are cunning. They know that many gun owners will be very vocal about a so-called “assault weapons” ban or universal background check. But she assumes that a ban on bump stocks might be more palatable to the public.

The problem is, the proposed regulations will affect much more than just bump stocks.

Semi-automatic rifles, because they fire one round with one pull of the trigger, do not have set rate of fire. The rate of fire is dependent on the user.

If devices that “increase the rate of fire” are regulated or banned, then a Pandora’s box of gun control is opened.

Because there is no definition of a “standard rate of fire” for a semi-automatic rifle, there can be no clear definition of what constitutes an “increase[d] rate of fire.” This means that anything from lightened triggers to detachable magazines are at risk of being defined as something that will “increase the rate of fire” and, therefore, subject them to regulations or bans.

Ironically, these proposed regulations can be easily circumvented, because many semi-automatic rifles can be “bump fired” without any modification by a belt loop or a simple stick.

Sadly, HR 3999 is not the only threat to gun rights. House Speaker Paul Ryan has called on the Bureau of Alcohol, Tobacco, Firearms and Explosives for a “regulatory fix.” Unfortunately, any regulations or bans from the ATF would set the same precedent as legislation in Congress.

Gun controllers have a clear agenda, and they won’t stop at bump stocks. That’s why bump stocks must be defended. There’s no room for any trades, compromises, or deals. Gun owners must stand firm.

Jordan Stein is the Director of Communications for Gun Owners of America (GOA), a grassroots organization representing more than 1.5 million gun owners. He can be followed on Twitter at @jordankstein.